Athlete of the Month: Chris Romero 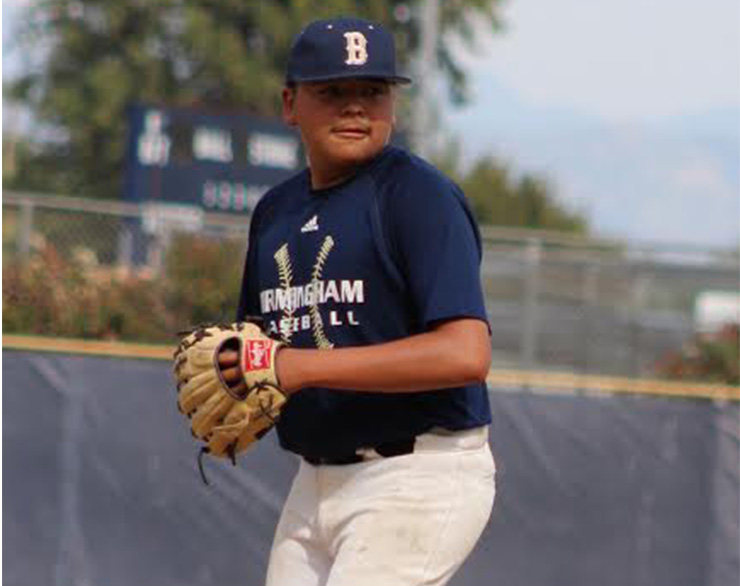 Freshman and varsity player Chris Romero gets ready to pitch the ball during practice on April 8.

With the weight of the game in the palm of his hand, freshman Chris Romero determines the pace with one more pitch.

“On my days to play, I come to pitch the best I can,” Romero said.

Upon entering high school, Romero has accomplished becoming a part of Birmingham Community Charter High School(BCCHS) boys varsity baseball team. While many find a struggle in balancing both books and a ball, Romero hardly breaks a sweat striving in his classes.

“I manage my time,” Romero said. “Whenever I do have enough time to do my stuff before practice, I take advantage of that and just finish it off at home.”

Although at times school is stressful, the 15-year-old maintains his cool and moves forward in hopes of making his father proud. Romero first began playing baseball at the age of four mainly because of his father. Gradually, Romero climbed his way to playing on travel teams.

“I fell in love with baseball,” Romero said. “When I was little, my dad would always be practicing with me to get better.”

Although the Birmingham Patriots have maintained a mediocre record of 16 – 16, the season began on a bumpy road due to miscommunication among the players. However, as the season continued the team found their way and connected with one another leading them to work as one whole team.

“Early on in the season, we weren’t playing as a team but later on we all came together started playing as a family,” Romer said. “Now we’ve been winning games lately.”

The BCCHS baseball team played San Fernando on May 16 in order to earn their position in the semi-finals for playoffs. Romero, alongside his team members, proudly won and brought home a secure spot for the semi-finals this Thursday on May 23 at USC. They will be playing against Polytechnic High School. The Birmingham Patriots hope to gain another victory and continue onto the championship at Dodger Stadium on May 25.

“Against San Fernando, we were down 4-0 and in the last two innings we came back and walked off on them,” Romero said. “That could have been our last game of the season but we came up.”