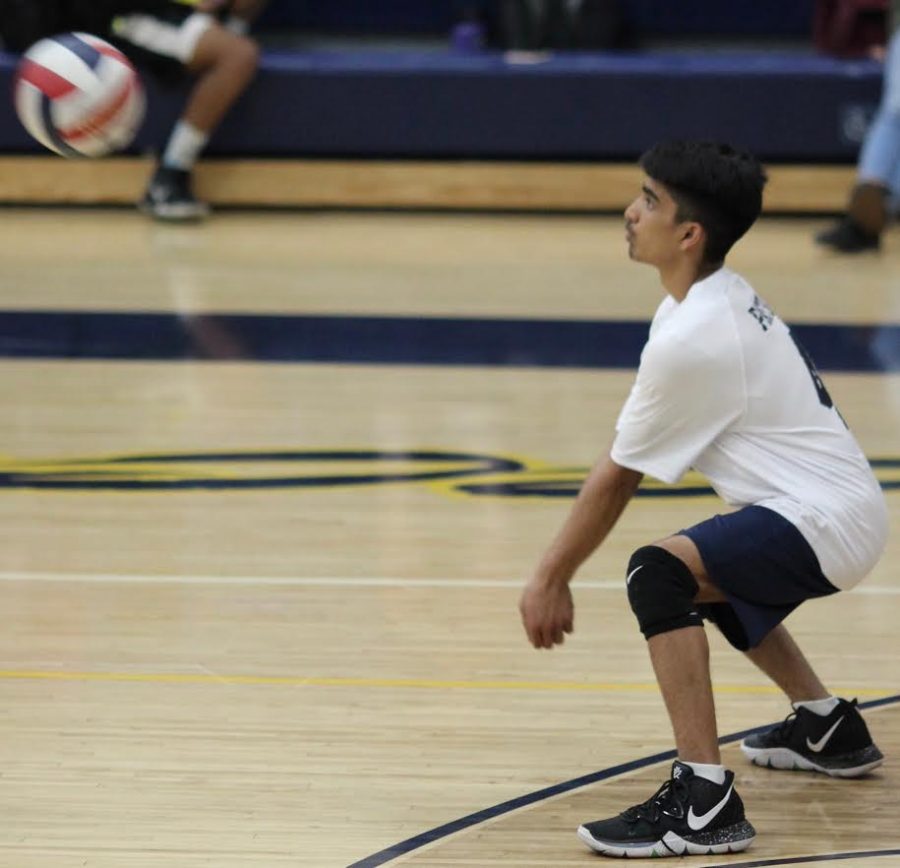 Sophomore Om Patel hits the volleyball during a game against Taft Charter High School on April 5.

“I feel like we improved a lot as a team because we worked a lot better as a team towards the end of the season,” junior middle blocker Antonio Serrano said. “We even won a playoff game, which is a really hard task to accomplish.”

This season, the Patriots went 0-10 in league and 3-20 overall. Despite the disappointing result, this team still had a chance to prove themselves in Division II city playoffs. They beat Bravo High School 3-1 on April 30, serving, bumping and passing with surprising excellence. Playoff wins are always more difficult to achieve, and this win was a major step in the right direction for the future of this team.

The Patriots later lost to Verdugo Hills High School 3-0 in the playoffs on May 2 but came close in all of the sets that they played during that match.

Along with being a volleyball team that is full of athletic and versatile players, they are also a team full of very bright individuals. Senior Garrett Francisco, for example, recently received the 2019 Boys Academic Player of the Year for the California Interscholastic Federation (CIF) Los Angeles City Section. Francisco made it through the intense and rigorous volleyball schedule while maintaining a 4.37 GPA, taking advanced placement, honors and college courses.

“It was challenging at times because I had to miss some classes due to volleyball practices and games,” outside hitter Francisco said. “But I am really happy that I have received this award and added this accomplishment to my resume. It is also great for getting recognition by colleges.”

Head coach LeAnne Bennett-Riley had some very high praise for the senior with a very bright future ahead of him.

“Garrett is obviously a great student, but he is also a great person, skilled athlete and very coachable,” Bennett-Riley said. “Any coach would be lucky to have a player and person like Garrett on their team. His hard work and dedication are apparent on and off the court.”

Bennett-Riley was not too happy with how this team fared in the league but was optimistic after seeing the fight this team presented in pulling out a win in city playoffs.

“Several players that will be returning next season improved upon their skillset and volleyball IQ,” Bennett-Riley said. “They can beat teams who have been more successful than them if they play to their full potential, listen to their coaches and work together towards a common goal.”