Vampire Weekend returns with new album ‘Father of the Bride’ 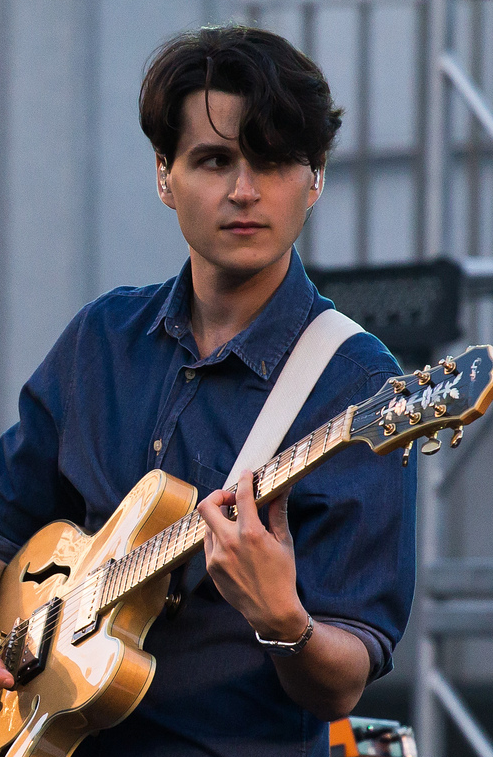 In their most recent album “Father of the Bride,” early 2000’s indie-rock band Vampire Weekend strays away from their signature preppy sound and witty, youthful lyrics, venturing into a more mature lyrical style with themes of growing up and commitment present in many songs.

The new album, released on May 3, mixes its adult themes with both the band’s traditional upbeat sounds and a slower ballad-like style. Vampire Weekend has long been known for their almost childlike musical style since the group of four met at Columbia University in New York and started making their Grammy-winning work.

The long awaited release showcases a variety of sounds with both experimental, poppy beats in songs like “Sympathy” and “Sunflower” and slower almost-acoustic songs like “ Hold You Now” and “My Mistake.” Vocals and lyrics on this album are more refined than the band’s previous works, something that can be heard on “Jerusalem, New York, Berlin” with the line, “Now the battery is too hot, It’s burning up in its tray, Young marriages are melting and dying where they lay.”

The diverse album encases the band’s most recent single releases, along with new material into its 18 song track list. The more mature sound of  “Father of the Bride” comes from band frontman Ezra Koenig’s recent changes in life, such as his move from New York to Los Angeles and becoming a father himself. The album’s two collaborators Danielle Haim and Steve Lacy both appear in more than one song, complimenting each other beautifully.

With its consistent creativity and obvious attention to detail throughout, this work sounds like a successful risk that paid off, showcasing the members’ long-lived fresh approach to their musical style. Every song serves a purpose and the collaborators fit each song they’re featured on perfectly.

This album serves as yet another example of Vampire Weekend’s uncompromised talent with new sounds that surely warrant a listen.