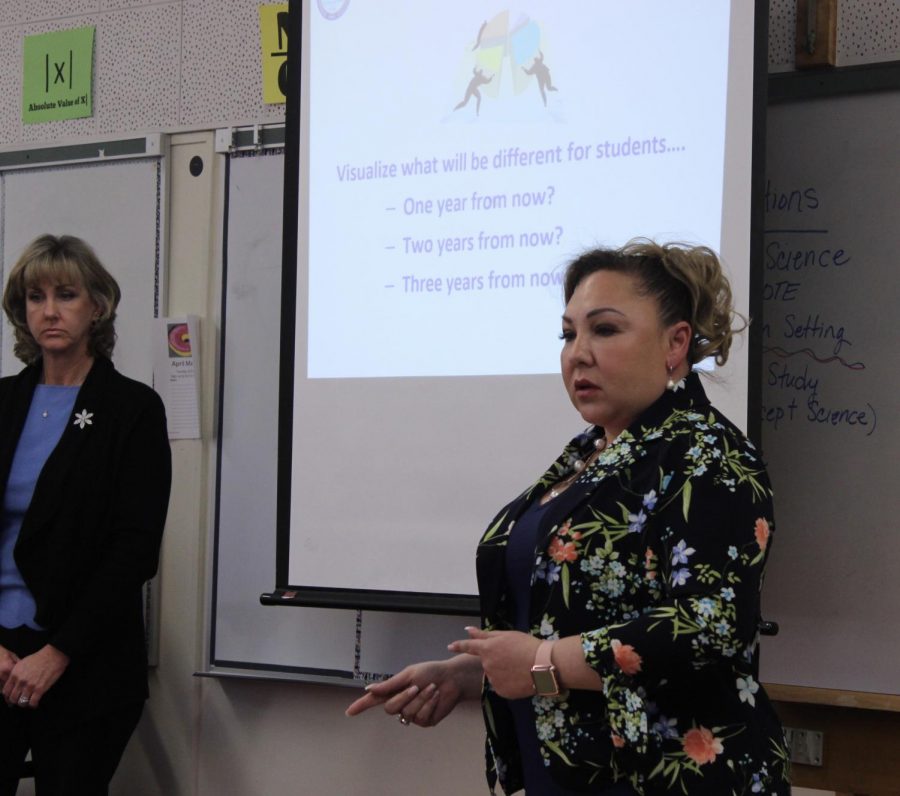 Sandra Rodriguez and Kari Rosson explain to teachers what changes should be made in the following years on April 10.

The Western Association of Schools and Colleges (WASC) wrapped up its three-day evaluation of Daniel Pearl Magnet High School (DPMHS) on Wednesday as a part of the process to renew the school’s accreditation. The committee’s recommendation on whether the school will receive a three- or six-year accreditation is expected within six weeks.

The four-person WASC team arrived on Sunday afternoon, and over the course of the next three days, they visited classrooms, spoke with students, parents and held focus groups to ensure that everything written in the school’s self-study report was true. They concluded their visit with a presentation of their findings on April 10 at lunch.

This year, English teacher Ron Baer took charge of the process as the WASC coordinator who with help from most of the staff, wrote a 190-self study report of the educational process on campus. Traditionally, other campuses have one specific person working on the WASC accreditation visit. They also have many teachers who expedite the process. However, since DPMHS is smaller and has less staff, the process falls on all the teachers and staff who are part of the committee.

“It’s a much different template than it has been in years past,” Baer said. “It took me a long time to understand what was being asked for.”

Every six years, representatives from WASC visit schools to see the progress that has been made since their last visit to reevaluate the school for accreditation. Their report highlights everything that the self-study covers to make sure the information the school reported matches WASC’s findings. If not, WASC also makes suggestions on what areas the school needs to work on.