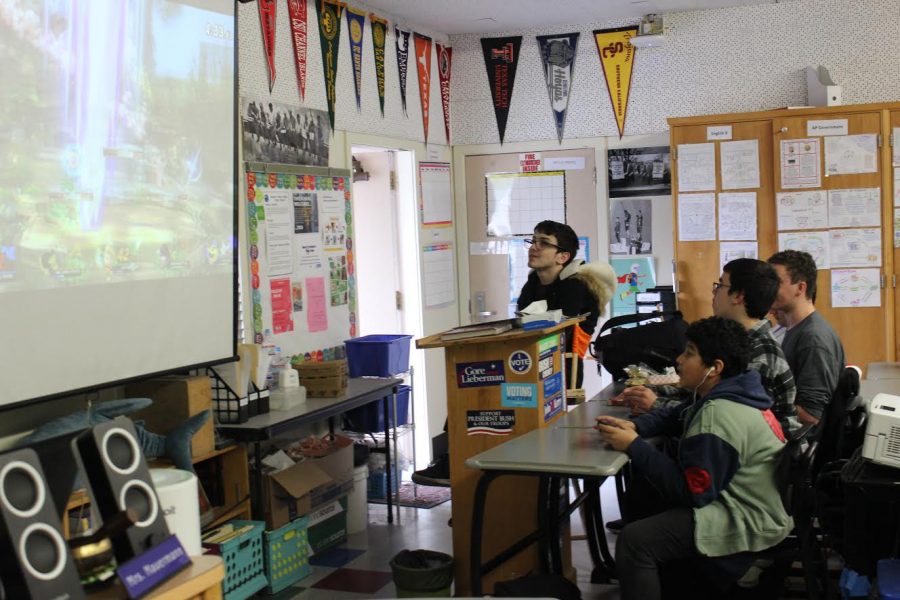 “It feels welcoming,” sophomore Ian Ruelas said. “No one really judges you for going in and it’s fun, whether you’re playing or watching the rounds.”

Founded by juniors Logan Townsend and Mia Gracia two months ago, Smash club meets every Monday and Thursday in room 17 during lunch.

“We hope to have everyone feel welcomed to play,” Garcia said.

Townsend was inspired by his friend to form the club and is the club president while junior Ryan Yourist is vice president.

“I love the game and I would play it with my friends at lunch,” Townsend said. “One of them suggested that we should form a club. That’s where it all stemmed from.”

Members are able to enjoy a variety of activities, from playing the game, watching others play and socializing with friends.

“I’m able to ease off,” Ruelas said. “With so much going on and the shenanigans that happen, lunch just flies by.”

With this club, Townsend hopes to be able to unify the school through Super Smash Bros.

“(We hope) to bring the school together with a shared love for one game,” Townsend said.