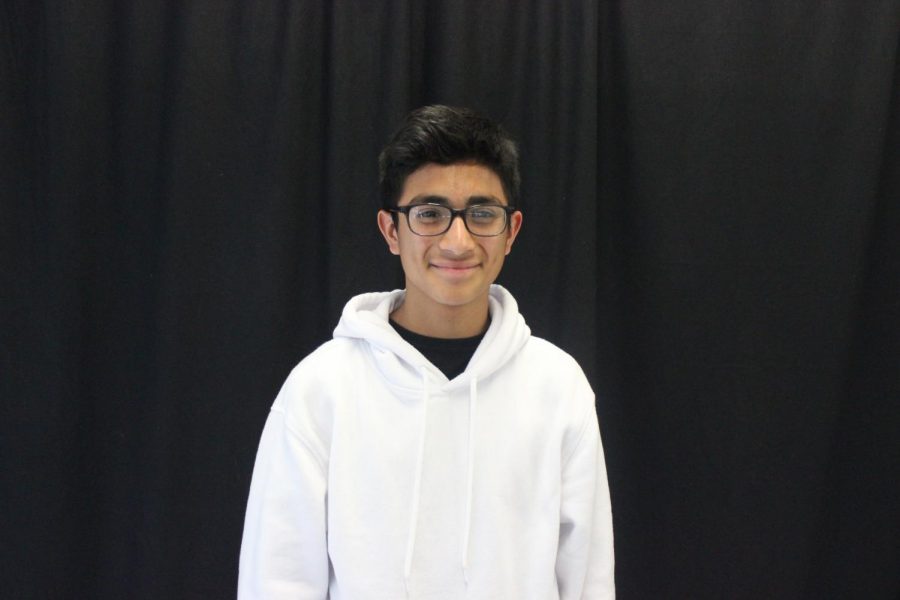 Freshman Derek Calderon will conduct and rehearse with the Hollywood Chamber orchestra.

Derek Calderon, a 15-year-old cello performer and conductor, is only mere moments away from getting the incredible opportunity to rehearse with the Hollywood Chamber Orchestra. Awaiting his performance at the Microsoft Theatre, Calderon finds himself anxious, but more-so excited, for the spotlight to shine on him this Saturday.

Q: How did you get the invitation to the Hollywood Chamber?

A: Over the summer I got an email asking if I wanted to join this program called the International Academy of Young Conductors. I signed up for it and I guess I got accepted, then they sent me an email.

A: My family has always been (involved) around music and we joined this program called the Harmony Project. One day I just signed up when I was five, but I didn’t actually start playing the cello until I was seven.

Q: Can you describe the Harmony Project?

A: The Harmony Project is an organization that gets young kids until they go to college, to get involved and play any musical instrument they felt they would have wanted to play.

Q: How would you say your childhood life was like when you were growing up to practice playing instruments with your parents heavily focused on music?

A: They always wanted me to perform for my family and family events, or just events in general and it was just funny because sometimes I would get nervous, but they would still want us to play.

Q: What expectations do you have going into it?

A: I low-key feel I’m going to be nervous and sweating like crazy. It’s a professional orchestra that I’m conducting. It’s not a regular small orchestra that I usually conduct for and I’m just gonna be completely nervous.

Q: Have you participated in any other musical events?

Q: How was it like playing at the Hollywood Bowl?

A: It was crazy because we were there and just standing on the stage looking out at all the seats. Just looking up for once and seeing all the people who could fit in that arena was just mind-blowing.

Q: What musical piece are you going to be performing?

Q: Does that mean that they give you the music on spot and they don’t have you practice beforehand?

A: I think they’ll maybe have an actual conductor there and he’s gonna play with them for a little bit. And then while they’re playing they’re gonna give us the music and I’m gonna practice it and then I’m going to go on stage and do it.

Q: Is there something besides just being able to perform that you hope to achieve by attending

A: More recognition. So for more events after or coming up, they choose me. I know for a fact that I’m going to enjoy it.

Q: What would you say is the most amazing part about playing music for you?

A: I’ve seen people cry because of the music we’ve played. I just love seeing their facial reactions and how they react to the music we play.

Q: What are your favorite songs that you enjoy performing?

A: I think one of my favorite songs that I’ve ever played was a song called “Pulse.” Right now I’m playing a song called “Festival Randa” and it’s just my favorite because Harmony Project has different levels of orchestra and since I’m in one of the highest levels I have one of the hardest parts, but everyone’s coming together to play.

Q: What kind of future do you see for yourself in music?

A: I hope I can continue playing it when I get into college. Maybe after I’m in college and go to the job that I want to go to, I can perform here and there.