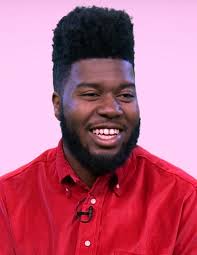 At only 21 years old, Khalid Robinson continues to dominate the music industry with an unexpected blend of soft indie vocals and pounding bass. A new project, expected to drop April 5, however, promises listeners a new sound, distinct from his current one.

Back in 2018, the Recording Industry Association of America certified Robinson’s debut album  “American Teen” with platinum status with one million copies sold on Aug. 14, 2018. But as Robinson says goodbye to his 2017 “American Teen” days, he leaves back times of anxiety and loneliness.

The El Paso native sets high expectations for his newest album “Free Spirit” set to be released on April 5. He most recently previewed his new album during his Saturday Night Live performance on March 9 and at Uber Eats’ South by Southwest music festival on March 14.

His newest singles “My Bad,” “Better” and “Talk” feature Robinson’s melodically soft voice that seems to send fans on a peaceful cruise down Pacific Coast Highway. His take on R&B and pop conveys feelings of summertime love and hardships.