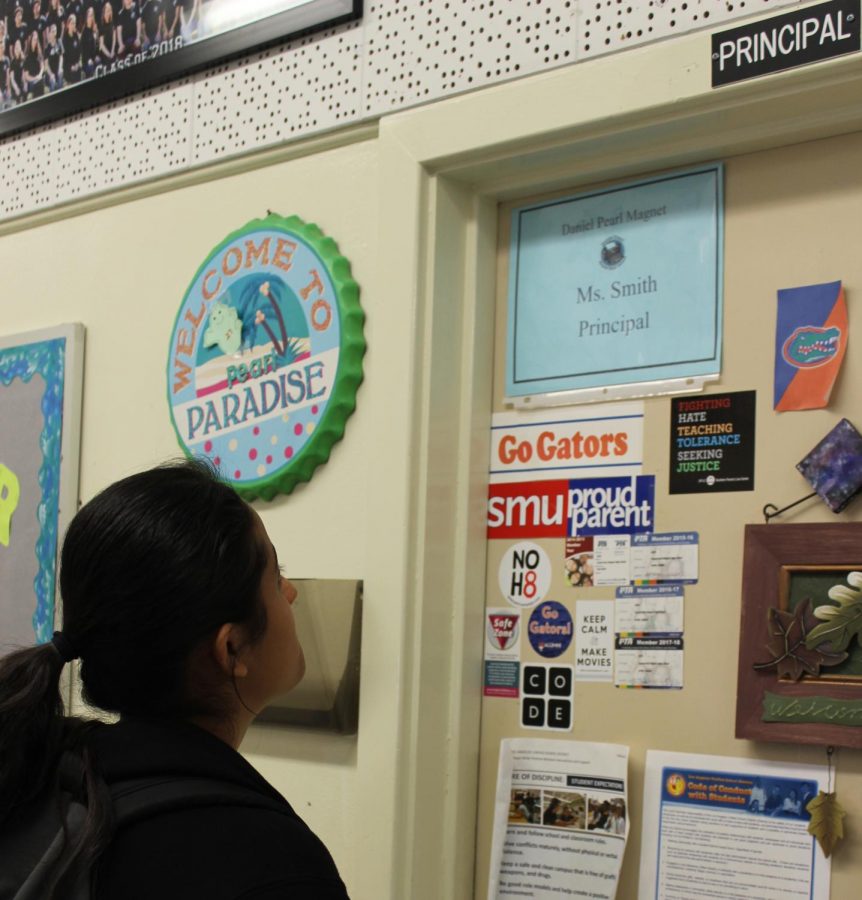 After being bullied by a group of senior girls last year, sophomore Adrienne Bangert was the target of constant pushing, shoving and name-calling.

She chose not to report it and the senior girls decided to contact the administration. During a confrontation with the girls, Bangert retaliated and ended up in trouble.

“I was treated like some kind of a villain,” Bangert said. “They didn’t listen to my story because I wasn’t the one who reported it but if they had, they would’ve very well known that I wasn’t the one creating these issues.”

In the past few years, the Los Angeles Unified School District (LAUSD) has began implementing a restorative justice approach when disciplining students to reduce the number of suspensions. This program focuses on creating a positive community and teaching students to learn from their mistakes rather than punishing them.

“Punishment just doesn’t work,” Smith said. “If students do something that is harmful, there’s a way through restorative justice that we can repair the harm.”

According to Smith, there are a variety of steps taken after a bullying report is filed. The first step is to take statements from all students involved and following that, the student is asked to sign a document reminding them of DPMHS anti-bullying policy. If the issue continues, a parent conference may be scheduled and the restorative justice process begins.

A behavior or safety plan is set for the victim and the student(s) who committed the bullying if the problem continues to occur. A threat assessment can also occur as a last resort.

These steps are not chosen by Smith or any school administration. They are set by LAUSD.

This approach is unsuccessful according to Bangert. Last school year, her friend was sexually harassed by a male student on campus. After reporting the incident to administration,

his punishment was to write an apology letter. To her knowledge, nothing else was done.

“She reported it and he got off,” Bangert said. “She didn’t really get to know anything beyond that. I feel like if you’re the victim, you should get to know the entire punishment.”

In an opinion story she wrote for the Pearl Post, Bangert said that the incident involved a student’s backside being slapped and thighs being inappropriately touched, which falls under the district’s policy of physical sexual harassment. Smith disagrees with the words Bangert chose to describe the incident that occurred to her friend.

“People have a misunderstanding of what sexual assault is, ” Smith said. “There’s a real legal definition of sexual assault. If it doesn’t rise to that level but somebody is using that language, it doesn’t mean that’s what happened.”

Sexual harassment is legally defined as unwelcome sexual advances, requests for sexual favors and other verbal, visual or physical conduct of sexual nature made by someone from or in  the work or educational setting. In a policy released in 2014, LAUSD is said to consider sexual harassment as a major offense that can result in disciplinary action or expulsion of the offending student.

Bangert isn’t the only student who feels that more steps should be taken in regards to issues with bullying. Sophomore Ashley Pedraza filed a report after being cyber-bullied by a student from the school. She was told that no disciplinary measures could be taken against the girl who had posted a photo of her.

“There was a picture and they were saying that it doesn’t really look like me but you can see what I was wearing,” Pedraza said. “So they said that they don’t know if that’s me or not and can’t do anything.”

According to Pedraza, no disciplinary action was taken against the person who posted the photo. However, Principal Deb Smith has stated that although a person might report a bullying issue, they don’t have a right to know what actions were taken.

“If they’re not the person committing the problem, they don’t have the right to know what the consequence was,” Smith said.

With the exception of having once removed all students’ access of cellphones on campus, not much can be done to stop certain incidents in which the instigator can’t be identified.

“If we can’t figure out who it is, there wouldn’t be any real action taken except to pull the privilege of having cell phones on campus,” Smith said.

This school year, an account on social media began to post bullying content toward students by impersonating the school publication. An email was sent out March 4 to parents warning that this privilege might be taken away once again.

Despite students feeling distrustful toward the administration, Smith strongly supports a restorative approach.

“Things are happening that make schools unsafe and nobody is talking about it,” Smith said. “Restorative justice, making amends and making it right again is really the better way so that the student can learn and not make the mistake again.”