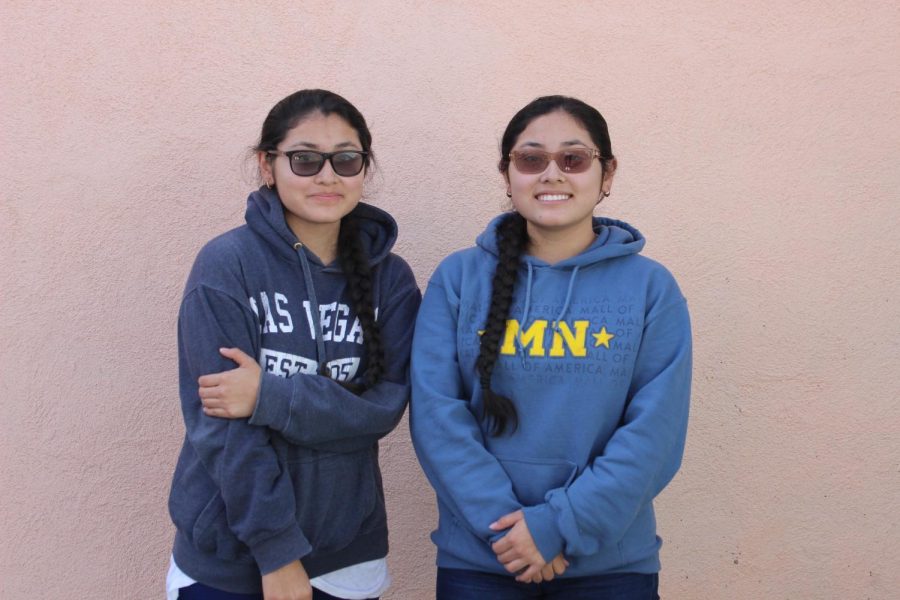 Juniors Nicole and Leticia Gabino have earned enough credits from community colleges to graduate one year early with the class of 2019.

Sisters Nicole and Leticia Gabino are anything but average juniors. After taking several college courses during the past three years to fulfill graduation requirements, the twin sisters are able to walk the stage one year early.

“I feel at the same time excited but a little sad,” Leticia said. “It’s something new, something to experience and to discover.”

Since the summer of 2016, the Gabino sisters have taken 12 college classes at Los Angeles Pierce College and Los Angeles Valley College to gain enough credits to graduate early. With encouragement from their mother, they took up the challenge.

“It felt a little difficult to comprehend at first,” Leticia said. “We were competing with all these upper classes but they treated us like adults and they didn’t feel bad for us.”

Due to their dedication to Pierce College, they hope to graduate from there by next year. Both have taken Art 101, Child Development 1, Political Science 1, Chicano Studies 2 and 80, Administrative Justice 1, Geology, English 101 and are currently taking Economics 1.

“By next year hopefully (with) our 60 units from Pierce, we’ll be graduating from there as well,” Nicole said.

Guidance counselor Martina Torres was the first person who helped get the twins to where they are right now.

“I wish for them to experience their senior year here as a regular senior would,” Torres said. “But on the other hand, they want to start college and with the start of college they will find new and great things to do there too.”

With the twins being technically leveled as seniors, they also sent out college applications to a numerous amount of universities. Some schools they applied to include Cal State University Northridge, Yale University, Harvard University, Princeton University, University of California (UC) Los Angeles, UC Irvine, UC Berkeley and UC Davis.

Both Nicole and Leticia have career goals in the justice field. Nicole plans to be a civilian judge but to become a lawyer first whereas Leticia plans on becoming a lawyer.

“I’m really proud of them,” senior and close friend Hailee Kessler said. “They’ve been working really hard to get to where they are right now with graduating early so they can further themselves in education.”