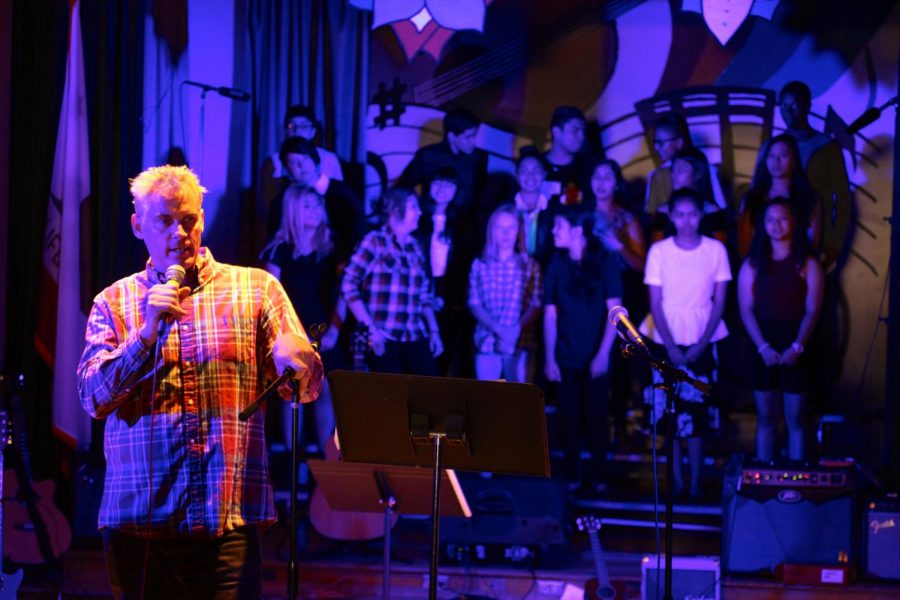 Music teacher Wes Hambright has spent the past 30 years producing his own music for playing in several bands, studying film scoring and creating music for commercials.

“Basically marrying music to picture became something that I really enjoyed,” Hambright said.

Hambright also developed his own music publishing company known as Orange Dog Music, which licenses music to television, films and commercials. The name of his company signifies his late dog Disco, who happened to be an orange dog, hence the name Orange Dog Music.

Hambright’s most notable music scores were recently featured on the newly released “Not Such a Bad Guy: Conversations with Dabney Coleman,” which can be found on Amazon Prime Video and the Cartoon Network television show “Teen Titans Go.” The Amazon film depicts the legendary career of actor Coleman which came out in 2017 but was released on Amazon in December 2018.

Several other television productions such as “American Idol” and “The Ellen DeGeneres Show” have also featured Orange Dog Music.

“I was actually pretty proud of him,” senior Andres Perkins said. “It’s cool that we have a teacher who has his work in such famous shows and movies and for him to teach piano and guitar classes here, you know he has experience.”

It’s not the first time Hambright produced for big projects like the film “Not Such a Bad Guy: Conversations with Dabney Coleman,” but as he gets more focused on his teaching career, the time has not allowed for the production of new music for his company.

“The level of talent that he has it’s not very surprising that he is doing such amazing things and composing,” senior Jared Medrano said.

Outside of his professional music career, Hambright is in charge of annual school concerts such as Daniel Pearl World Music Day and spring and winter showcases. Hambright also teaches choir, guitar and other musical instrument classes.

“In the last three years since I’ve been teaching, it’s (been) a lot of late nights and I do less right now,” Hambright said. “Now that I’m in the groove, I’m starting to get back in contact with my old clients.”

Earlier in his musical career after film scoring for a couple of filmmakers, he enjoyed the experience and attended UCLA to further study film scores. Choosing to pursue music composition as his career, Hambright worked with other musicians and composers. However, he composed music for the Amazon film by himself, which had to be done within two months.

“You give the director and the producers a rough idea of what you are doing and then they give you notes,” Hambright said. “Each time hopefully you’ll get less and fewer notes and then they finally say ‘perfect we love it’ so then we go through the process of mixing the music and giving them the final product.”

Hambright’s award-winning music publishing company includes awards from his performance right organization professionally known as “The American Society of Composers, Authors and Publishers” and about four or five awards for his ballet and concert work.

“So many people can relate to music,” Hambright said. “It’s a great way to communicate with a wide range of people, it’s just something that I’ve been doing for so long that it kind of becomes what you do.”