Teachers should aim to teach, not to kill 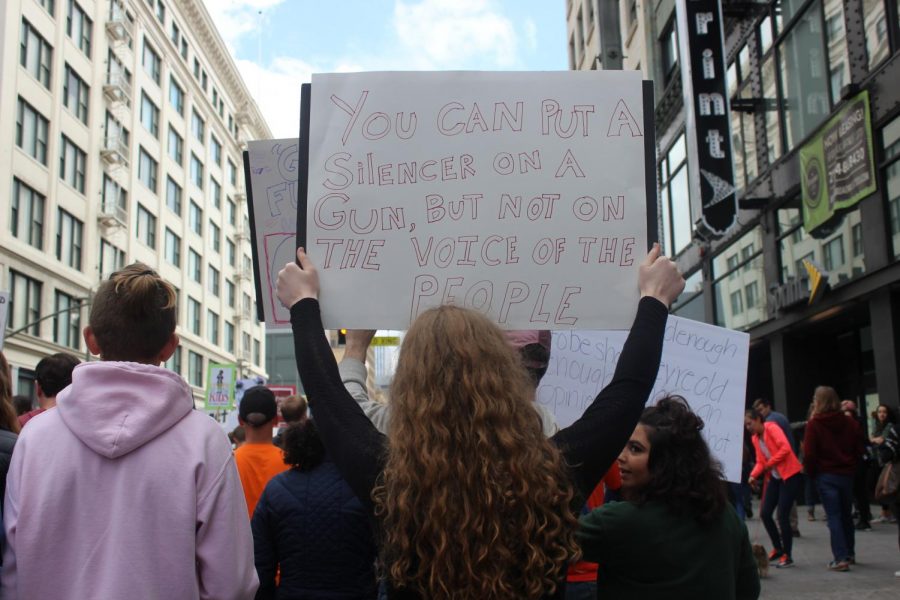 On March 24, thousands of people gathered across the country to march for stricter gun control amidst the recent fatal mass shootings.

It has been a year since the mass shooting at Marjory Stoneman Douglas High School which re-ignited the movement that inspired students across the country to demand change in gun laws to ensure student safety. These demands for stricter laws have been ignored by lawmakers, leaving students and teachers exposed to the danger of school shootings daily as long as guns are still widely accessible by the public.

After the tragedy at Parkland, 50 new laws have been passed, but all fail to address that guns can be obtained with little effort as they are loosely regulated with limited background and mental health checks.

On Jan. 2, the Marjory Stoneman Douglas High School Public Safety Commission released its report that included many recommendations to help boost school safety. These suggestions consisted of arming teachers, increasing the budget for security improvements and requiring mental health counselors to report if a student threatens to harm anyone. Additionally, they call for more effective code reds for hostiles situations, ensuring that access points of entry are locked during school hours and have student’s mental health information and counseling history be accessible along with their physical health records.

Several schools have already made for additional police officers or guards to be present on campus. Bulletproof whiteboards, armored doors, and other new security improvements are now being introduced in a blossoming industry that focuses on school security and transforms it into yet another business venture. Profit is being made off of these situations that could be prevented altogether with the limitation of guns.

However, the billions of dollars being invested in security improvements are being wasted as many schools, particularly those that have already experienced shootings, claim that these additional safety measures would not help.

Instead of throwing money at the problem, lawmakers should focus on the source of the issue which is the extremely lenient accessibility of gun in the United States. Amongst the developed countries, the United States has the most inadequate laws concerning guns and the most incidents with gun-related violence. Not only are these weak laws to blame but additionally, insufficient education about and attention towards mental health issues are also a major factor. More counselors should be accessible on school campuses, rather than just security guards.

As school shootings occurred excessively during 2018, the Los Angeles Unified School District (LAUSD) has experienced the aftermath of them as well. On Feb. 1, 2018, a 12-year-old girl brought a firearm to Salvador Castro Middle School and shot two students while injuring three others. For some time after the Parkland shooting, additional support for security was seen at Daniel Pearl Magnet High School as there was a guard near the entrance of the school.

Student petitions for stricter gun laws were met with strong resistance from the opposing side, many of whom advocate arm teachers as well. Several states, such as Texas, Utah, Wyoming and South Dakota already allow staff members to carry guns on school grounds.

Amongst the supporters are many Republicans, including President Donald Trump, who tweeted on Feb. 24 that teachers and supporting staff who receive annual training and “love our students” should be allowed to carry guns. He also adds that teachers should receive a bonus in salary and that this will all be inexpensive. This claim seems close to impossible as a reliable handgun can cost from $500 to $1,200.

Instead of increasing safety, placing guns in the hands of educators will put students at risk as they can still be accessed by them, other hostiles, or be misused by teachers themselves. If troubled students aren’t easily identified, many teachers can slip under the radar as well. This can end up aiding another shooting instead as guns are still present on campus, and in greater numbers.

A teacher’s responsibility is to teach and care for their students, not to perform the duties of law enforcement and security.

As patience is wearing thin and the Parkland shooting begins to slip into the cracks of people’s mind, more restrictions on the sales and availability of guns that serve no purpose and only end in senseless violence is necessary. It’ll be too late when another tragedy occurs.