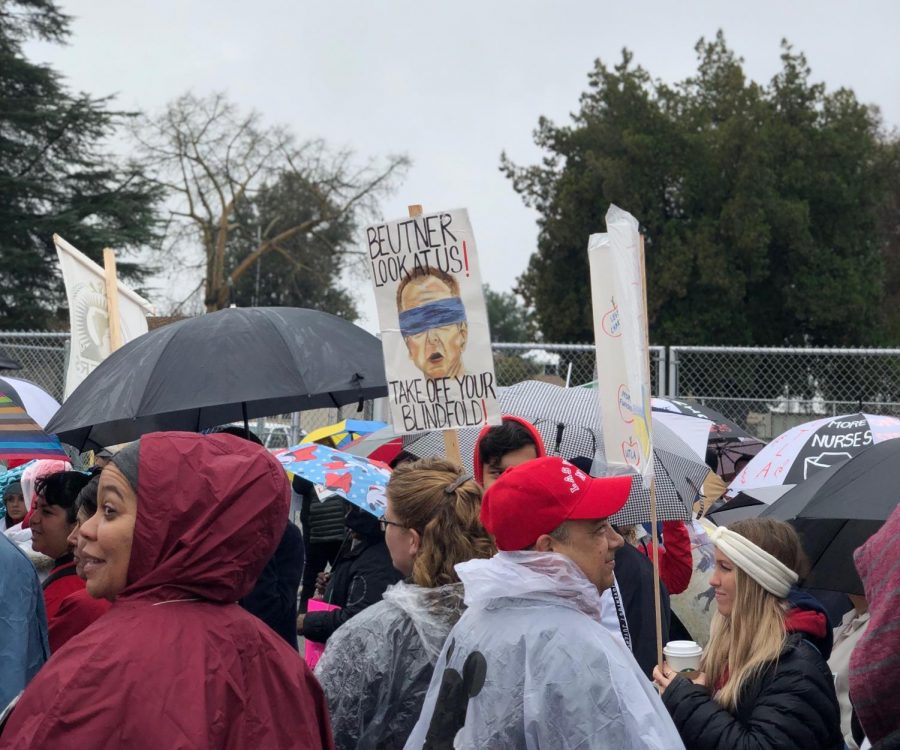 Teachers from the West Valley area rallied at the local district offices on Balboa Boulevard.

Teachers from all across the Northwest district flooded the streets and marched together in demand to be heard while holding signs and blasting music as the third day of the historical teacher strike raged on.

“I have a cousin in the first grade right now and I think I have to lend my voice and do my part for his education,” senior Andres Perkins said. “In the future, I want to be a teacher so I came to support.”

Teachers and students alike rallied across Balboa Boulevard from 10:30 A.M. to 12:30 P.M., blocking off the street where the Northwest district offices and Daniel Pearl Magnet High School (DPMHS) are located. Multiple police officers were on sight monitoring the rally.

“We are standing by to make sure that everything stays peaceful and that (the teachers) have the opportunity to exercise their free speech,” Police Sergeant Gerald Case said. “We have enough people to deploy to the strike as necessary.”

As teachers marched down Balboa Boulevard, Principal Deb Smith and Plant Manager Sal Rivas closed the entrance gate to the parking lot of DPMHS. According to Rivas, the gate was closed to ensure no one would use the parking lot but students still had access to the campus.

Teachers, students and parents that attended the rally picketed on Victory Boulevard and Vanowen Street, encouraging cars driving by to honk in support. During the rally, Los Angeles Unified School District (LAUSD) Board Member Scott Schmerelson voiced his support for the United Teachers Los Angeles union.

“I’m a teacher myself and I cannot stand by and let people be abused,” Schmerelson said. “Teachers are being abused, so are kids and so are their parents, it’s not fair.”

Many teachers are frustrated by the lack of effort LAUSD has put into negotiating. As of now, neither side has proposed a deal since the strike started.

“The district needs to come back and say ‘we are ready to give you more of your needs’ because (it’s) really about needs, not about frivolous things,” music teacher Wes Hambright said. “I think the union is waiting for the district to get back to them and say ‘let’s talk about this again’ rather than each side blaming the other.”

Tomorrow, teachers are expected to picket outside their schools in the morning and afternoon. There will also be a neighborhood-based parent and community meeting within each school or neighborhood after morning picketing.