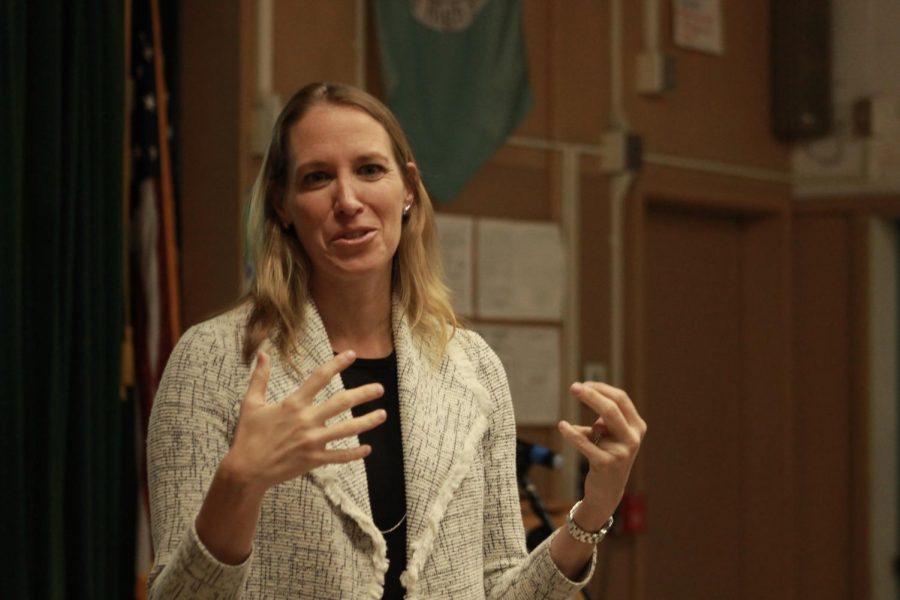 In an effort meant to get more women into the sports news field, FOX Sports presented an assembly at Daniel Pearl Magnet High School (DPMHS) geared toward promoting jobs related to production and broadcast.

The assembly was held Nov. 27 for girls at DPMHS during periods three and four. It was hosted by Lindsay Amstutz, the Senior Vice President and General Manager of FOX Sports West, Prime Ticket and FOX Sports San Diego. Throughout her presentation, Amstutz emphasized the process of reporting sports news and the roles that contribute to it, such as producers and statisticians.

“What we try to do is tell the stories of our sports teams and we do it 600 times a year,” Amstutz said.

She opened up by sharing how, despite an initial disinterest in sports, she started the only girl’s basketball team in her community. Amstutz engaged with the audience and encouraged them to share their own experiences by asking questions about their talents and favorite subjects. In order to motivate the girls to build up the confidence to pursue leadership positions and opportunities, she played a video that highlighted women working for FOX Sports.

“It was very inspirational to see women encourage other women to go into a field that is very male dominant,” junior Bianca Lam said.

Volunteers were called on to help create a mock-production truck, working as a mobile crew in charge of covering sports games live and taking on roles like anchor or director. It was a creative way for Amstutz to share all the possibilities while having the audience feel involved.

“I learned a lot about the sports industry, especially that there are jobs available where I don’t have to be an athlete, or even interested in sports,” senior Emely Felix said.