Senior Jared Medrano bops his way to the top 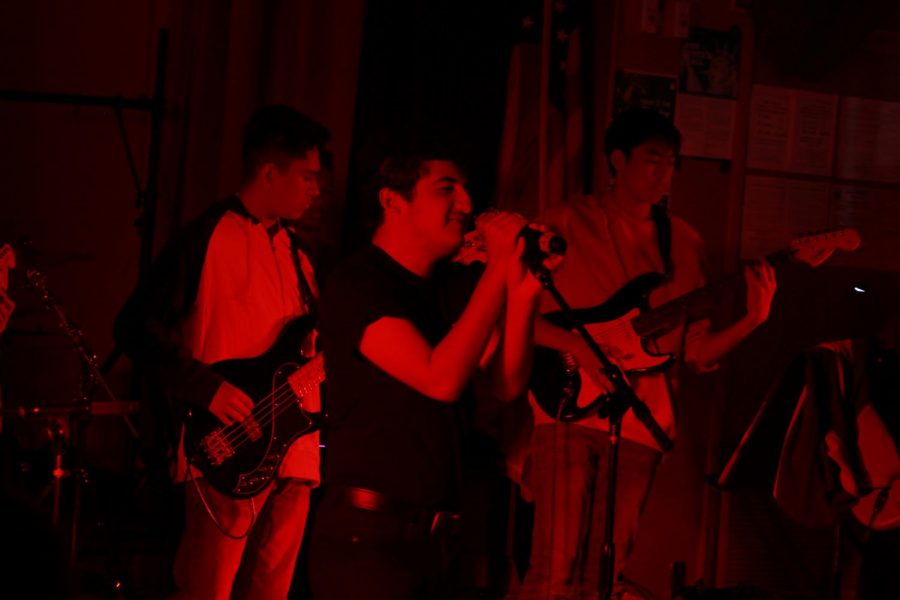 Jared Medrano went from singing to his family in the living room to performing as a four-year main singer for Daniel Pearl World Music Day.

For World Music Day, he notably sang the song “La Camisa Negra” in a duet with senior Andrés Perkins. But Medrano has done more than just singing and performing in the choir. Outside of it, he has a third passion: writing lyrics.

“I love lyric writing,” Medrano said. “That’s another passion of mine and I’ve written so many lyrics and I thought ‘you know what- I have all these lyrics, I want to turn these into actual songs.’”

And eventually, he did. Titled “You Never Showed Up,” Medrano recently released a 10- song R&B/ soul album last September on SoundCloud.

“I just went for it, and it took me a year, but I’m very happy and pleased with what I’ve created,” Medrano said.

But besides his album, he also released a 5-6 song extended play record (EP) on SoundCloud his freshman year. Since then it’s been deleted, but many still remember it’s signature song, “Red Cups.”

“Red Cups was a song, and it was about a party, and … It’s a terrible song,” said senior Jonah Edelstein, who met Medrano his freshman year. “He’s come a long way. He used to be Jared Bryant, now he’s Jared Valentine. He’s got a good backing track. He enunciated his voice. I think his (new) production is pretty good.”

Last semester, to get word out about his album, Medrano hung up Post-its about it around school. But besides that, he also told people close to him, like his music teacher Wes Hambright, who lead his music technology class last year.

“He used ideas from the class and expanded upon that and made an album,” Hambright said. “There’s a couple of other people in there who have the skills to do that. Certain people, they want to do that, so it’s really about the desire. Jared, his desire was to put out an album and he did. And it’s a good album.”

Medrano explains that he wants to keep writing music and making albums as an artist after he leaves high school.

“Especially because it’s very hard for me to commit to things I’m not passionate about. When I’m passionate about some certain things I can commit to it intensely, and music is one of those things,” Medrano said. “I really just want to do it because it’s an ideal way to express myself and keep myself afloat.”