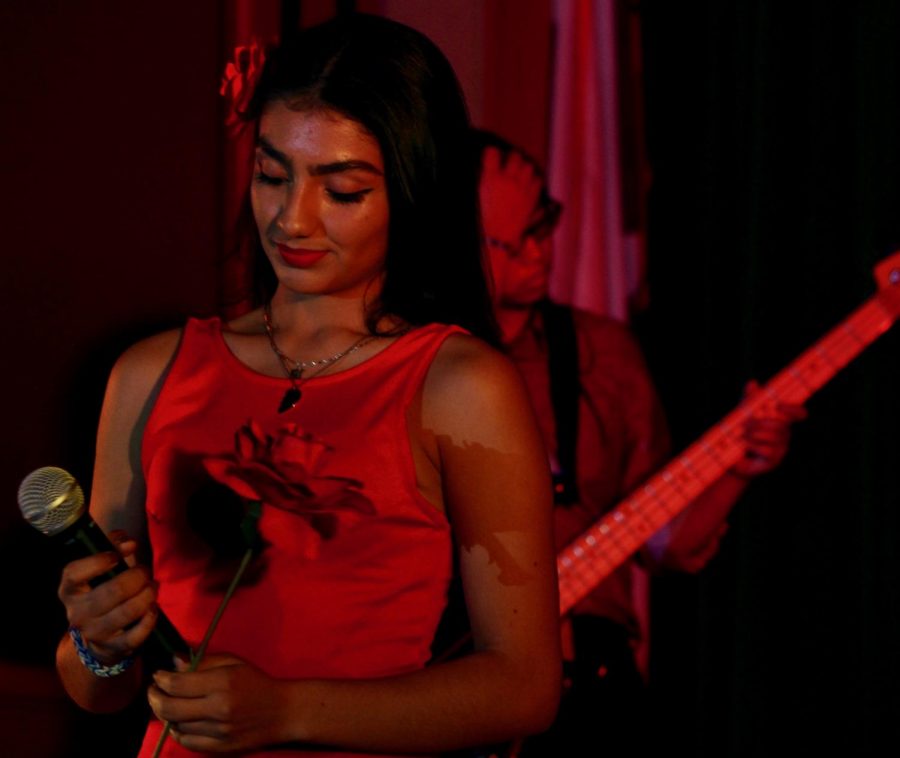 As the musicians take a bow, the lights turn on, revealing flags from all over the world decorating the Multi-Purpose Room (MPR) where the Daniel Pearl World Music Day (DPWMD) concert made its 9th show.

This year’s World Music Day had a global culture theme with globes all along the aisles and tiny flags from various countries hung across the ceiling. There were also original poems told by junior Katharina Hanna dedicated to the late journalist Daniel Pearl about his appreciation for music and culture. The three poems spoken throughout the show were titled “His Love for Music,” “His Love for Culture” and “Between Music and Culture.” Along with the poetry, there were also foreign songs sung.

“Daniel Pearl’s entire motivation for journalism was to get the story, and in order to get the story, especially in this world, you just need to have different perspectives and be open-minded to anyone and anything,” Hanna said. “So having this entire performance about culture and being open to anyone and everything was just a really good way of spreading that message.”

Cultural tolerance and global musical appreciation were both traits admired by Daniel Pearl and DPWMD is an annual event that aims to reflect those views. It’s a day to bring people together, regardless of differences, through the power of music. As for the musicians, the day brings them together as they unite students and families in a memorable concert.

Pearl’s story was about a street performer who plays in front of the Newseum in Washington D.C. every year on Oct. 10 in honor of Daniel Pearl’s birthday. Years ago, Daniel Pearl met that musician, who performs there to honor the kindness that Pearl showed him when they met.

With that emotional statement, the show came to an end. Afterwards, there were small speeches made by the musicians, most of whom were seniors saying their final goodbyes to World Music Day. Music teacher Wes Hambright made a touching statement thanking his students in the end.