Seniors set a hole in the Lady Patriots varsity team 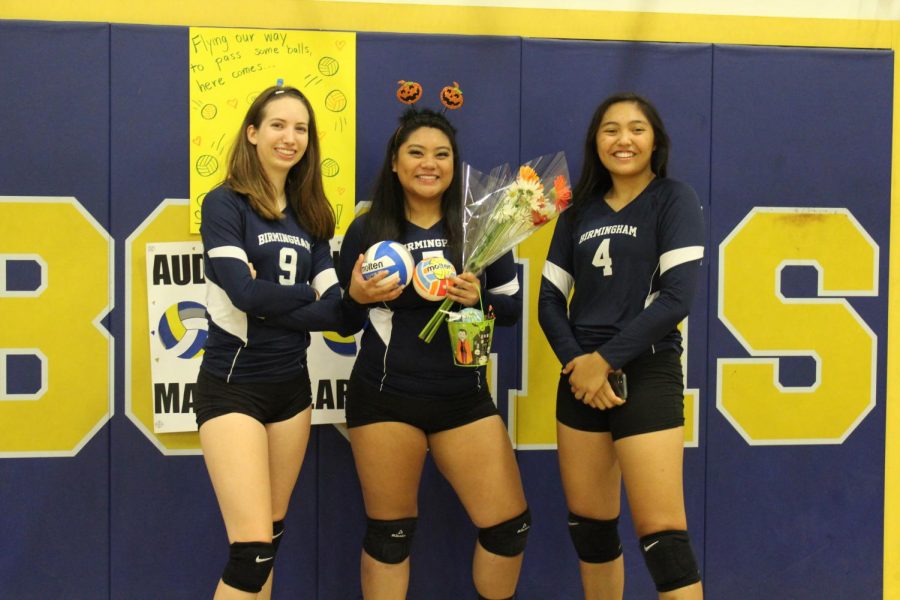 “As of right now there are only four underclassmen on varsity and out of the four, only two of us actually get playing time,” said junior and varsity player Keona Paniagua. “With that being said, our JV (junior varsity) team has no varsity-level playing experience and I feel like Cindy (Ovalle) and I, are really going to have to step up our game because I’ve been on varsity since freshman year and Cindy’s been on varsity since last year. Which means that only us two really have the experience and the knowledge to kinda set the tone for the rest of the team.”

“Even though we’ve had our mistakes … our coach thinks that this season was a pretty good team … but some of the girls that are on varsity that aren’t seniors think that ‘oh, the team next year is going to be complete trash’. said senior and varsity player Audree Alaras. Like, not good at all.”

This is bad news for the Lady Patriots. Even now, they’ve been struggling in matches. Based on Max Preps, the team has a record of 5-19-2 this season, (wins, losses and ties respectively).

“But like, we’re a really good team,” Alaras said.  “I do believe that. Most of the teams that we’ve gone against we were close to beating them but it was like those couple points that we missed.”

The underclassmen think about how the team will function without the support of many of their veteran players.

“I’m definitely worried for next season cause it’s looking not-good,” Paniagua said. “Next year, I’m supposed to be captain, I’m going to be captain, so I’m hoping I can lead the team and make up for the slack that everyone else has. I love all my seniors with all my heart and I’m honestly devastated that they’re all leaving, cause they all plan on going to school’s that are far from California. It’s kinda sad.”

And despite scores that aren’t what the girls were hoping for, the experience seems to have paid itself off.

“I made a lot of close friends through volleyball,” senior and varsity team captain Hailee Kessler said. “I have made probably some life-long friends. It’s affected my lifestyle in a way, I’m a lot more fit and I care a lot more about my health than some people who don’t, who aren’t into sports as much.”