LeBron James, the best basketball player on the planet, is now a Los Angeles Laker 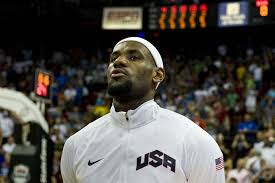 The Los Angeles Lakers. Everybody knows about them. A historic NBA franchise that has won 16 championships, the second most of all time.

They have had some of the top players of all time on their team, including Magic Johnson, Shaquille O’Neal and Kobe Bryant.

The past eight years, however, have not been so great, filled with many ups and downs. Some were early playoff exits, while some years they didn’t even make the playoffs. Laker fans have not had much to cheer for in the past few years, until now.

Just this summer, via free agency, the Lakers acquired the best player in the world: LeBron James.

The Lakers signed LeBron James to a 4-year deal worth $154 million. James is a four-time NBA MVP, a three-time NBA Champion (two with the Miami Heat, one with the Cleveland Cavaliers) and widely considered as one of the top three NBA players of all time. You would think he would want to join a team that could make a Finals appearance and possibly a championship. Such teams include the Houston Rockets, the Philadelphia 76ers and the Oklahoma City Thunder. Not many expected “The King” to join the Los Angeles Lakers, who haven’t made the playoffs in the last five years.

When I heard the news, I had just gotten back from seeing a movie with my friends. I was speechless and jumping up and down with excitement, knowing that the Lakers will finally be a contender once again.

The reason he chose to join the purple and gold could quite possibly be the fact that they have some of the best young talents in the league. Although the team is talented, they are very young and prone to mistakes. The Lakers were the team with the highest turnovers per game last year but had one of the fastest paces in the league as well.

I was not shocked when ticket prices were higher than normal, but I didn’t expect them to be this expensive. Opening night tickets are already sold out, and their first home game against the Houston Rockets on Oct. 20 is ridiculously pricey. The starting ticket price for the nosebleed section is $229. To sit near courtside, the cost ranges from $1,500-$5,000. That is doubled up from last year’s opening home game.

After learning about the signing of James, head coach of the Lakers, Luke Walton, was shocked and very happy about the news.

“I sat under the stars and said to myself, ‘Damn, we got LeBron James on our team,’” Walton said. “‘The best player in the world is a Laker.’”

I expect James to assert his dominance on the floor as the best player in the NBA at all times, but I won’t mind if he rests a couple of games, especially if the Lakers are locked into a playoff spot and don’t need to win that game to stay in. Fans may feel a tinge of sadness if he doesn’t play sometimes, but they should understand that we need to make sure that James is fully rested and healthy come playoffs. As fans, though, we still want him to give us a great stat line when he is in the game and show us why his arrival will make the Lakers one of the best teams in the league.

This does not mean in any way that they are now the best team in the world, but it’s safe to say that adding the best player in the world is a major step in the right direction.