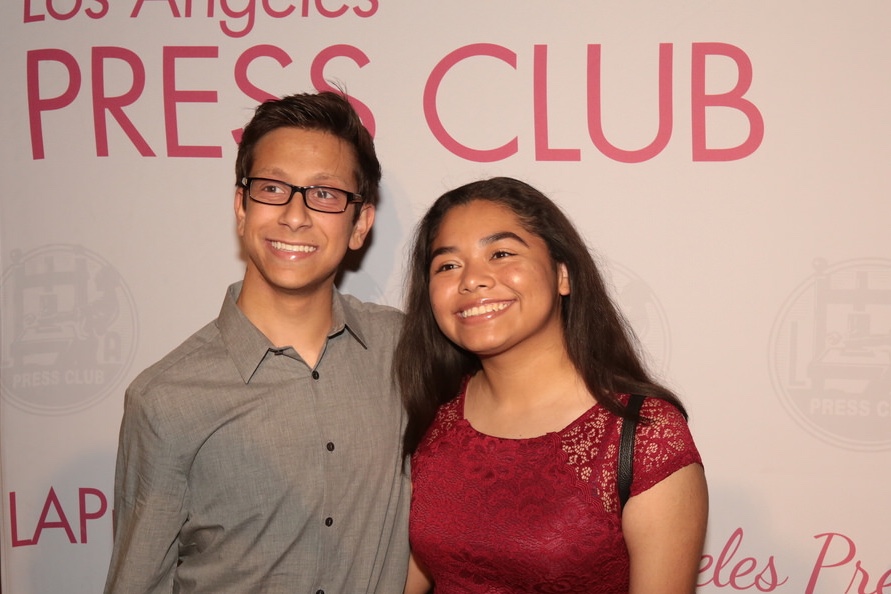 Editors Michael Chidbachian and Kirsten Cintigo pose together during the red carpet portion of the event.

Back in late June, The Pearl Post print publication took home first place for “Best High School Newspaper” at the 60th annual Los Angeles Press Club awards. However, in early August, it was announced that the award was to be taken away.

In the student newspaper category, The Pearl Post was up against The Accolade from Sunny Hills High School in Fullerton for the second consecutive year, with The Accolade winning first place last year. This year, the judges commented to say The Pearl Post displayed “…a college-level effort. Well written, pleasing layout and photography and even their own news poll!” This was the seventh year in which The Pearl Post had been named finalists by the LA Press Club.

As in previous years, the June 24 ceremony took place at the Millennium Biltmore Hotel in Downtown Los Angeles.

And the award for “Best High School Newspaper” was given to The Accolade instead. The reason behind the award change was due to an error in submission by The Pearl Post staff.

According the LA Press Club, the awards this year were to only be given to content from the year of 2017. But the submission from The Pearl Post for the Student Newspaper Category was for a newspaper issue published back in March of this year. This incident was reported to the LA Press Club, whose Executive Director Diana Ljungaeus admitted to the Press Club’s mistake.

“I still think our publication is great and the staff did impressive work last year,” Journalism Adviser Adriana Chavira said in an email to last year’s staff explaining the occurrence.