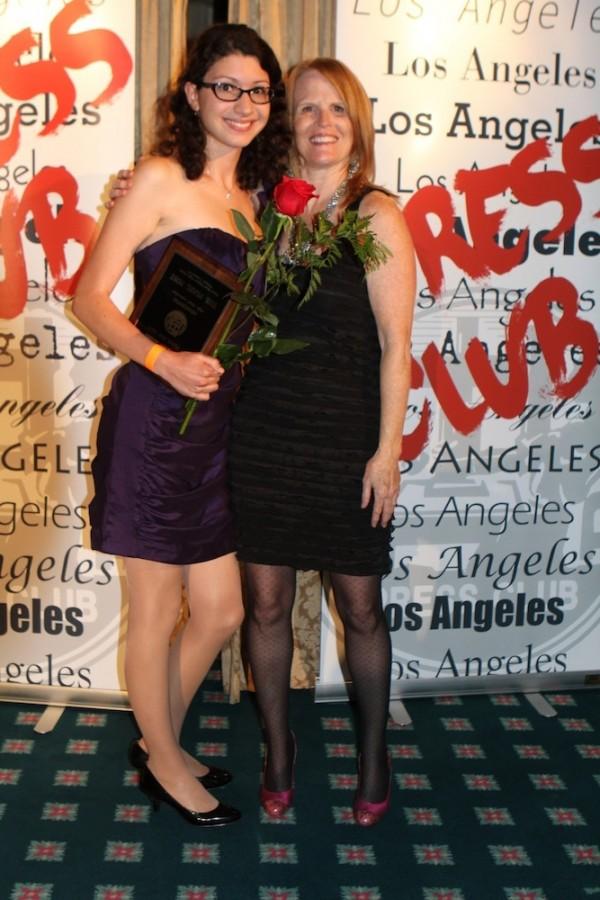 The Biltmore Hotel in downtown Los Angeles was flooded with journalists on June 24 for the 54th Annual Los Angeles Press Club Awards.
This year, The Pearl Post was nominated for Best High School Newspaper and won, receiving a plaque to hang in its newsroom in Room 22.
The judges praised The Pearl Post for covering topics relevant to students, being informative, exhibiting an advanced level of writing and including “great graphics and photos,” according to the judges.
In second place was Beverly Hills High School, with South East High School in South Gate following close in third place.
That evening, The Pearl Post’s Editor-in-Chief Elitza Batchiyska was among many big names in the ceremony, from Arianna Huffington, to representatives for large publications such as The Washington Post, The Los Angeles Times and The New York Times.
The guests of honor that evening included Carl Bernstein and Bob Woodward, the reporters that broke the Watergate scandal. They received the President’s Award, accepted by Bernstein since Woodward attended the event through a conference call.
In addition to Bernstein and Woodward, other well-known faces made their way into the scene, as well. Renown actor Martin Sheen and NCIS actress Pauley Perrette hosted the final portion of the event and even announced a few winners.
Dr. Judea Pearl and his wife Ruth Pearl attended the event, as well and were presented with the Daniel Pearl Award for Courage, commemorating the 10th anniversary of the award.