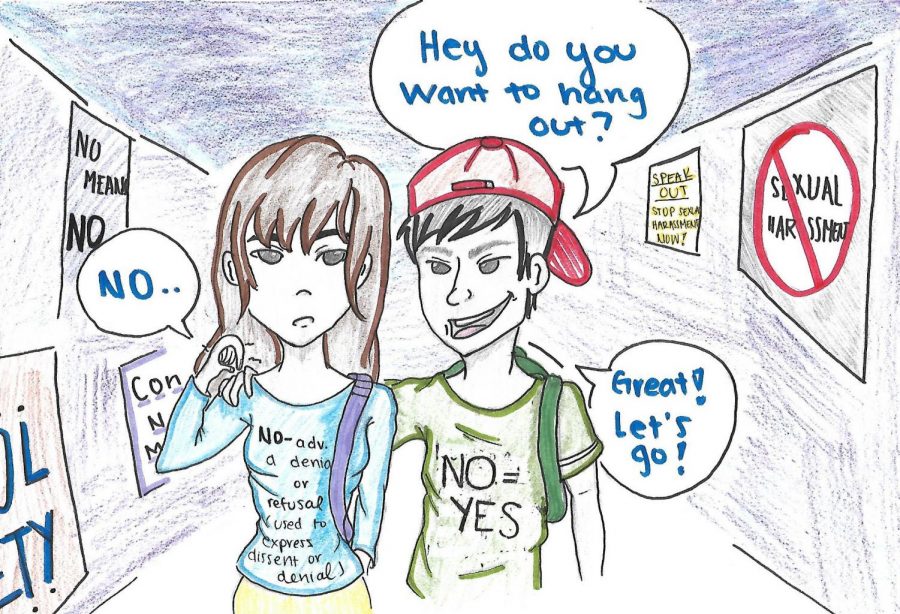 Some students, such as those at Daniel Pearl Magnet High School, have been experiencing sexual assault as cases of it increases society. There have been some incidents where students refuse such actions but are still pursued by the assailant. 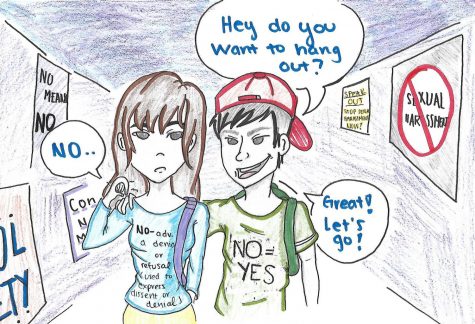 Christine ValenzuelaSome students, such as those at Daniel Pearl Magnet High School, have been experiencing sexual assault as cases of it increases society. There have been some incidents where students refuse such actions but are still pursued by the assailant.

Jane (who’s name is not being published to protect her privacy), a 15-year-old ninth grader at Daniel Pearl Magnet High School, revealed to me how someone felt up her thighs and how he later slapped her backside as she was heading to the restroom.

About 321,500 people are sexually harassed or assaulted per year in the US, according to the Rape, Abuse, & Incest National Network (RAINN); 60,000 are children 12 and older. Among these incidents, 8 percent of sexual harassments and assaults were done on school grounds.

Despite the public outcry with the #MeToo movement, people are still committing these violating acts, even in schools. If we can stop the harassment stemming in schools, perhaps it won’t continue on into other industries.

Many people try to handle sexual harassment on their own at first. Eventually though, he escalated, slapping Jane’s backside in a public place as his friends looked on and laughed.

“I wanna say (I felt) surprised but not at the same time,” Jane said. “I didn’t know how to react at all.”

Jane finally told administrators after he slapped her backside. His punishment was confidential but it included a letter he wrote to Jane, which she described as feeling “not very sincere.”

“I didn’t like how someone was just going to force them to do something that they don’t want to do, because that’s dumb and if he really meant it, he would’ve done it himself,” Jane said. “He should know what is right, and what’s wrong.”

DPMHS has anywhere from 350 to 380 students at a time. It shouldn’t be hard to regulate this, but apparently it is.

“The number one thing we strive for here is to communicate to students what our behavioral expectations are,” Principal Deb Smith said.

Tactics such as modeling behavior, conflict-resolution, detention and parent conferences, with expulsion being the maximum punishment are some ways to possibly regulate these occurrences.

Students need to feel safe in schools. We already have walkouts and protests due to school shootings becoming the new “normal.” We shouldn’t also need to worry about sexual harassment.

That 8 percent needs to become a 0 percent. Stopping sexual harassment is a huge battle, but if you need somewhere to start, start in schools. Schools have the same students on the same schedules with the same staff every single day; it is the easiest place to monitor for this sort of behavior, and yet it still happens. It’s unacceptable.