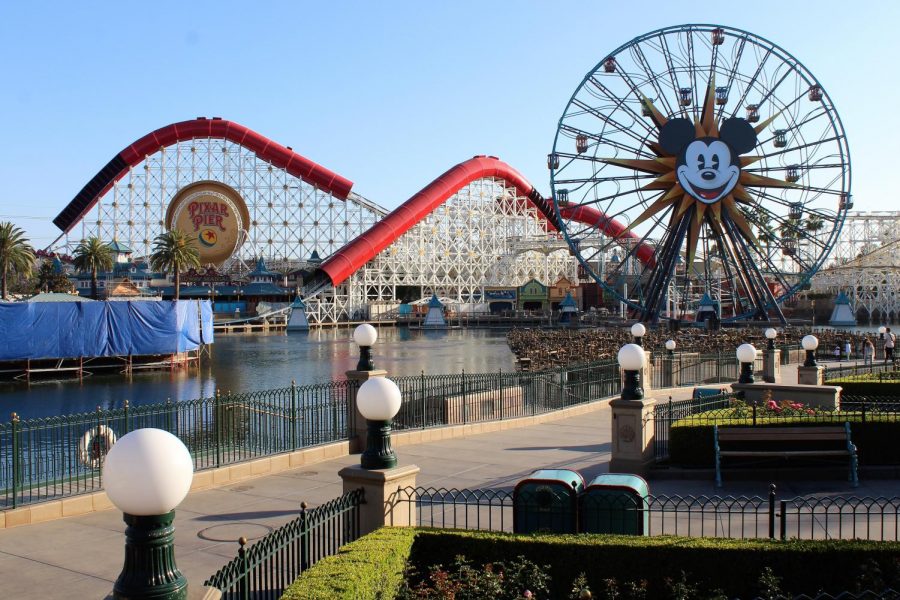 Pixar Pier will be under construction until June 23, which means that seniors will not be able to enjoy the new additions during their Grad Nite on June 9.

Disney California Adventure is in the process of making Pixar Pier, a newly Pixar-themed section of the park that will be located next to Paradise Bay and will include Pixar-themed rides, stores and merchandise. However, construction for Pixar Pier will end on June 23, which means that the Class of 2018 will not be able to enjoy the newly designed park during Grad Nite on June 9.

Along with all the new items available, many rides will be transformed to follow the theme of the park. The classic California Screamin’ will now be the Incredicoaster, inspired from “The Incredibles.” There will also be two new locations inspired by “Inside-Out” and “Toy Story.”

Another big change is Mickey’s Fun Wheel gondolas, which is set to have many Pixar characters on them. With these new changes comes the demolition of restaurants such as Ariel’s Grotto and Cove Bar. Many people are excited for the new changes but others hate to see the park evolve into something else.

“Ariel’s Grotto means so much to me because my whole family had so many laughs when we ate at that restaurant,” senior Janna Desamito said. “I’m just so sad to see it go.”

Despite all the construction going on in Disney’s California Adventure, many rides like Monsters, Inc. Mike and Sulley to the Rescue, Radiator Spring Racers and Grizzly River Run, will be available to the Class of 2018 on Grad Nite.

Pixar Pier will open on June 23 while Pixar Fest is happening. There will also be a float with the Incredibles and Frozone in June for the “Paint the Night” Parade that opened throughout the park in April 13.

“I’m excited to go GradNite with all my friends,” senior Alana Cush said. “I really wanna go on the Monsters Inc. ride.”