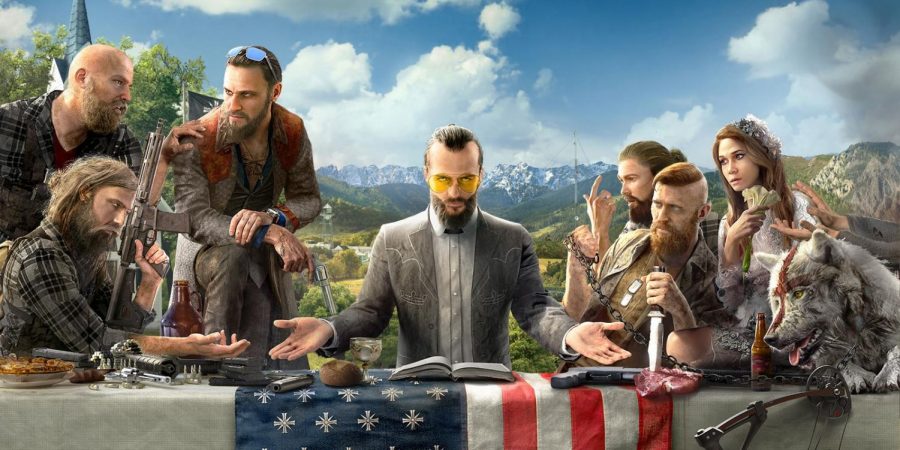 Far Cry 5 features a religion-based plot with a cult leader as the villain.

When I purchased this game, I believed it would be based on politics, but to my surprise, developer Ubisoft decided to make the game based on religion.

“Far Cry 5” is about a mainly militant Christian Cult taking over the fictional Hope County, Montana and turning it into a horrible place where citizens must abide by the rules or suffer.

The main leader of this insane cult is named Joseph Seed, who was quite a twist for me. Instead of the common and predictable leaders, Ubisoft decided to make the character show up only in the beginning and end.

This led to an unfulfilling ending because you never really see this boss interfere with your gameplay. Sadly, throughout the game you fight the Seed family of Jacob, John and the youngest, Faith.

The “Far Cry” series is known for its great free roam and storyline. The game never tends to get stale and that is what leads to a fantastic game.