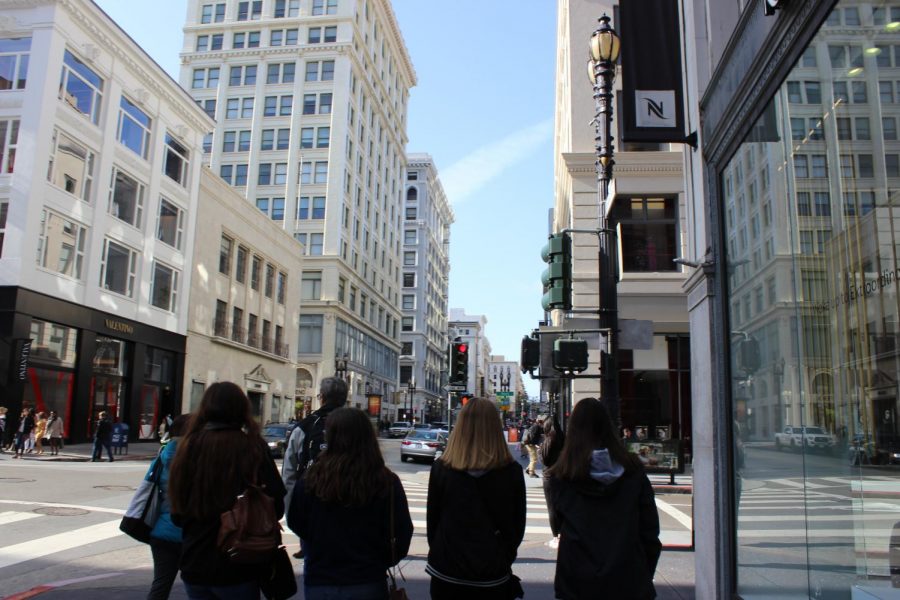 Students walking to China Town to have dinner as a group.

On the first day, students attended a variety of hands-on workshops that were geared toward improving their writing skills, covering controversial topics, videography, photography and gaining insight on better page designs.

“I learned a lot on how to improve our publication and how to produce better stories,” Prestige Yearbook Design Editor Michael Chidbachian said.

Students from Marjory Stoneman Douglas High School’s Aerie Yearbook Staff were also awarded the 2018 Impact Award Special Recognition from the Journalism Education Association (JEA) and the Courage and Commitment Award from the National Scholastic Press Association (NSPA) on their coverage following the Parkland shooting. Students from Pittsburg High School’s Booster Redux were presented with JEA’s Student Journalist Impact Award for their work on uncovering discrepancies within their administrator’s credentials.

“(The convention has) shown me how other publications create their newspapers and has inspired me on how to improve ours,” Staff Writer Rudraj Koppikar said. “We need to focus on students a lot more and how global issues affect (them), which is what I want to do for next year.”

The next day, students attended various break-out sessions in the morning and participated in write-offs in the afternoon.

“One of my favorite sessions that I attended was from the journalism advisor at Parkland, I found her to be so inspirational,” Staff Writer David Eskichyan said.

On Saturday more break-out sessions were held in the morning before the awards ceremony.

“I learned a lot at the convention and it was so fun getting to meet journalists just like me from around the country,” Eskichyan said.