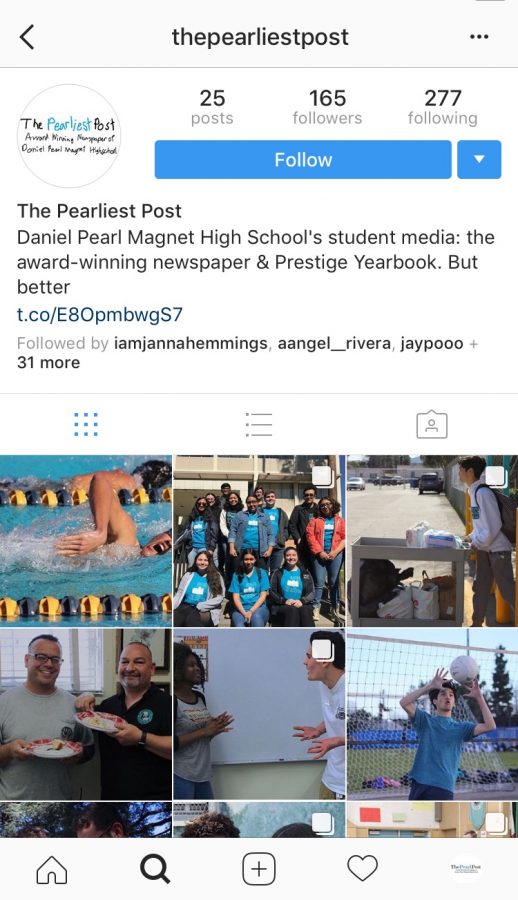 Parody accounts such as The Pearliest Post, often upload pictures with harsh captions directed at students.

The recent creation of parody accounts for The Pearl Post and Pearl Net News has caused issues and division among students.

In December, these parody accounts of the school’s student publications began posting the same photos we post on social media onto their parody accounts, but with misleading and often hurtful captions.

Principal Deb Smith has become involved in the situation, trying to find the person responsible in an attempt to get all of this nonsense to stop. Smith has also threatened to bring back the previous, more restrictive cell phone policy in order to try and prevent something like this from happening again in the future.

Students have begun to accuse others of being responsible for these accounts without any form of tangible proof. Although this is a time of investigation, not a time of student body division, we should not let this form of cyber bullying translate into a hostile environment at school.

The actions of these parody accounts hurt the integrity and credibility of our award-winning publications. They make our staff seem unprofessional and negatively affect how outsiders view our school. It is also unfair for students to worry about whether or not they will get made fun when the parody accounts take our photos.

With the nation’s current President constantly criticizing the work of journalists and labeling it as “fake news,” this situation is not helping the way society views professional and student journalists. These accounts simply serve as yet another way to depict journalists as liars and discredit all of their work. As student journalists, it’s our job to place priority of credible sources over those who are only trying to make a joke of it.

It is extremely hard for student journalists to be taken seriously since many believe that we do not possess the maturity to accurately inform the student body. Censorship of student publications is already a huge problem and these satirical posts could potentially serve as a reason for someone to feel the need to intervene with our staff’s social media presence, potentially placing restriction on what we can post.

As an editorial staff, we are not affiliated nor condone the posts of The Pearliest Post or Pearl Nut News. We also urge students to not get involved and to stop attempting to blame others. The people responsible for these accounts simply crave attention and we should refrain from giving it to them. We are asking whoever is responsible for these accounts to take them down and stop parodying our publications.