Girl’s Softball batter up for a new season 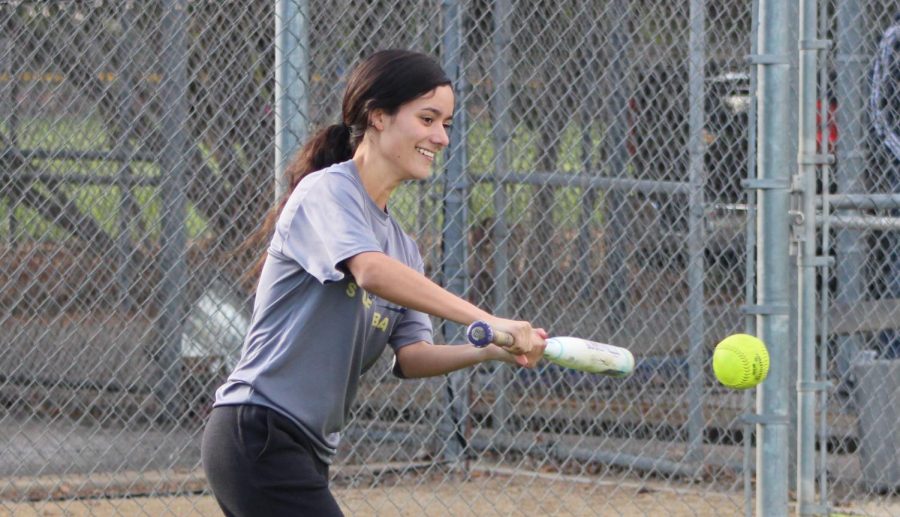 In an effort to recover from their last season, the girls softball team has prepared themselves for the new opportunities the upcoming season will bring.

“Last season was very bad personally for me because we weren’t that good because we lost seven of our seniors and so we had only two seniors last season and the season before,” varsity player Genevieve Avalos said. “This year we have some good incoming freshman that have to put a little spark to our varsity team.”

In order to achieve their goal to get more wins than the previous season, the Birmingham Community Charter High School varsity softball team has been actively training during after school practice, which goes from 2:30 to 5:30 on a daily basis. The team’s practices generally consist of going to the weight room, or the team has personal training with travel teams outside of school. Practices also contain a lot of running, different drills and scrimmages with other teams.

“We’ve just been staying after practice like an hour or so and just putting in extra work,” sophomore Nattaly Villasenor said.

As opposed to last year, the Patriots hope for a more successful season. The team has put in as much effort as possible during preseason, in order to better prepare themselves for when the season begins in March.  Last season, the girls had a final score of 11-17-1, with 11 wins, 17 losses and one tied game.

“I think we are well prepared,” Avalos said. “We have played together for a while now and we have played some scrimmages together so it’s always good to do that before season and make mistakes in preseason to get ready for season.”

So far, the Patriots have lost their first game of the season, losing against Polytechnic High School on March 7 with a final score of 3-0. As the team continues preparing for the upcoming season, they have high hopes and expectations, in order to win more games than last season.

“We expect to go farther than last year,” Villasenor said. “Honestly, I think we will.”