A movie not worth watching ‘Everyday’ 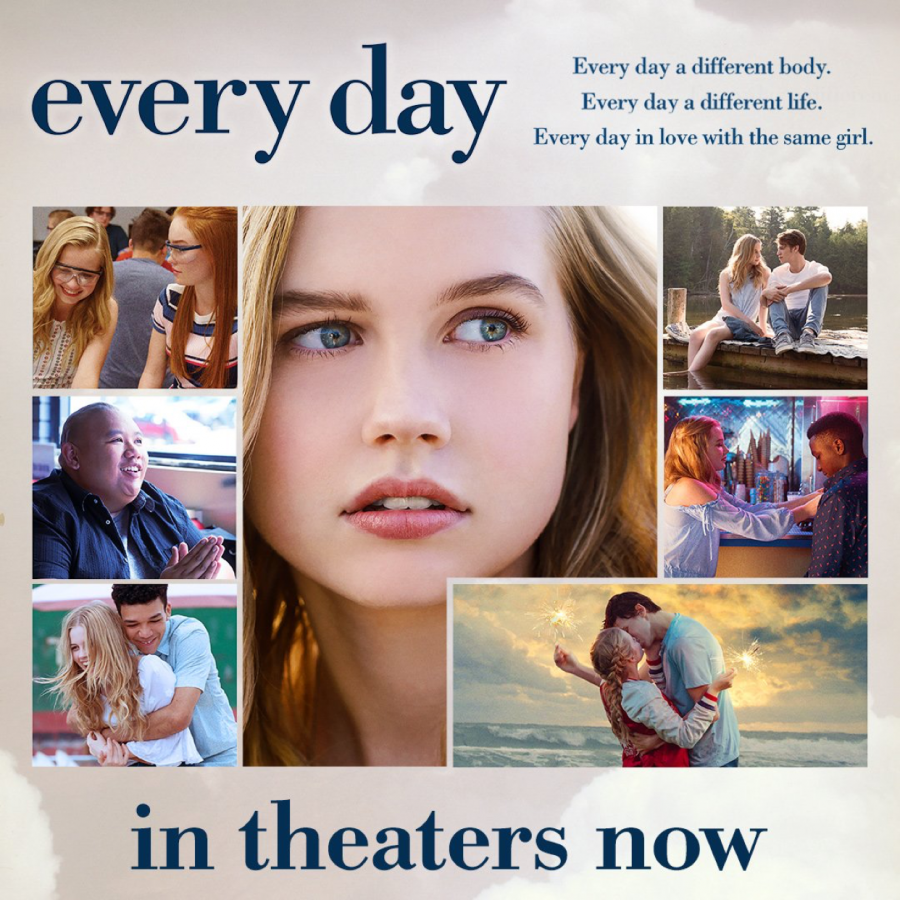 Adapted from the original novel by David Levithan comes “Every Day,” a unique love story like no other of two unlikely loves.

Everyday a new life, new body but the same love. In the movie, “Every Day,” “A” is only a spirit, who owns no body of their own, switching bodies everyday once the clock strikes midnight. Adapted and written by Jesse Andrews,  known for writing “Me and Earl and the Dying Girl” and directed by Michael Sucsy, known for directing “The Vow,”  “Every Day” tells the unlikely love story of  “A” and Rhiannon (Angourie Rice) who must make the hardest decision about the faith of their relationship.

With a touching plot similar to the book, the audience is introduced to “A” when they are in the body of Justin (Justice Smith). “A” later falls in love with Rhiannon, who is Justin’s girlfriend and  must prove themself as a spirit or as an anonymous soul to show their love toward Rhiannon. Through various bodies, “A” does everything in their power to keep a connection with Rhiannon as they both plan to meet as much as possible, no matter how far or hard the journey to one another will be. As the movie progresses, the love life between the two takes an emotional turn as they must figure out their destiny together, which turns out to be an unsatisfactory conclusion.

Unlike the book, the audience is given no information on who or what “A” is until the midst of the movie, leaving the audience questioning the plot unless they have read the book. Viewers with no background knowledge of the book are left curious as to what is happening in the movie.

Although this movie did not do justice to the book, from a great book to a disappointing adaptation, many valuable lessons were taught throughout. No day should be taken for granted because there may not be a tomorrow nor you never know what tomorrow has in store. Touching up on many important topics regarding the LGBT community, the movie also proves that love is love, no matter the gender, as Rhiannon was in love with “A” for what was in the inside and not the outside.

“Every Day” is a movie you would not want to see everyday and has an unsurprising overall rating of 54% on rotten tomatoes.