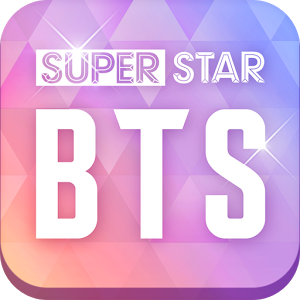 “SuperStar BTS is an app that I like because it keeps players entertained,” app user junior Mariana Sifuentes said. “K-pop fans all over the world can collect cards of their favorite group members and have fun playing along to their favorite songs as well. Even non K-pop fans have fun as it is a game that anyone can play.”

Inspired by the K-pop group BTS, the South Korean app was created by Dalcom Software. Superstar BTS is a rhythm game that allows players to compete with friends from around the world or those right next to you.

Players must strive to earn high scores as they will be entered into a league where the top five scores of each player are added and ranked.

“I enjoy the app since I’m able to play my favorite songs and score higher than all my other friends who also play the game,” junior Emely Felix said. “The app has introduced me to new catchy songs.”

Cards of BTS members are also given at random times during the game, which players can level up to receive bonus points while playing.

“Future players should know that to get higher scores you need to power up your cards,” senior Paola Erazo said. “Don’t neglect your cards.”

With levels ranging from easy to hard and a song list updated monthly, players will never get bored. While playing the game, users are able to jam out to BTS songs playing in the background. To play, players must log in as a guest or sign in using their Google or Facebook account.

“Future players should know that they will need to change their Apple ID region into a Korean address because even though the app has an english version, it is not available here in the U.S.,”  junior Pauline Miranda said.