Students explore beyond the living world at California Science Center 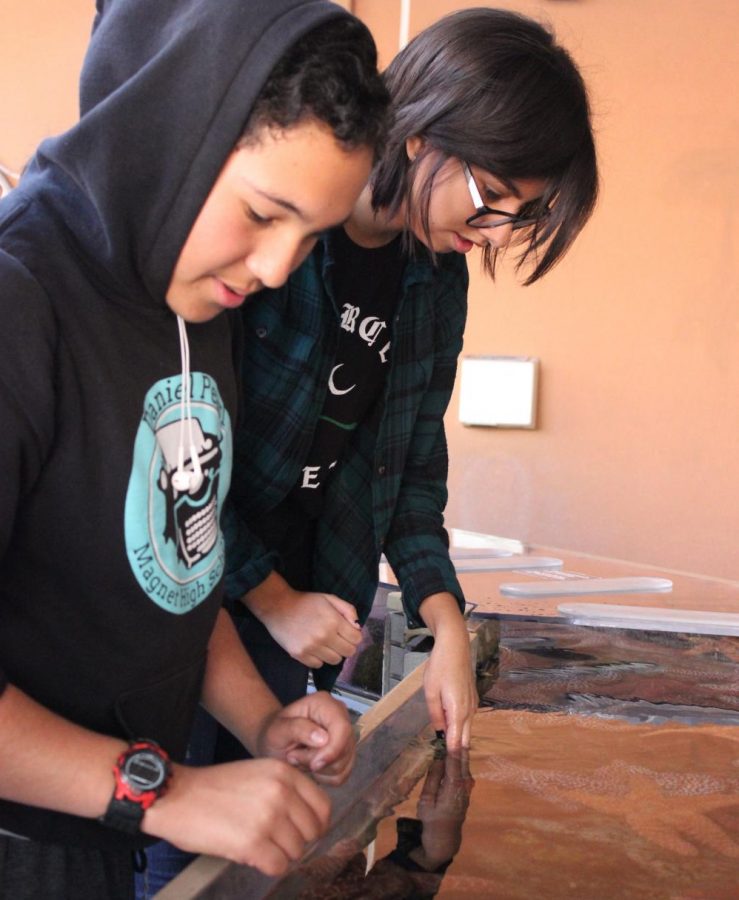 Freshman Gio Dominguez and junior Emely Felix touch starfish during their field trip at the California Science Center this past Friday.

Students gazed in awe at the bodies on display that had been stripped of their skin, revealing their inner workings.

When offered a special discounted deal, Daniel Pearl Magnet High School bought 50 tickets for California Science Center’s BODY WORLDS: Pulse. Students with perfect attendance were invited to see a showcase of over 200 human specimens just two days before the exhibit was to be closed to the public.

BODY WORLDS featured countless human bodies with exposed muscles, tissues and organs of real people who donated their bodies. To prevent decay, cadavers underwent plastination, a process created by Dr. Gunther von Hagens in 1977. This process can take up to a year and requires nearly 1,500 hours of working time.

The pieces not only showed the anatomy of healthy and diseased people but told a story. Some bodies took the role of swimmers and football players, tackling each other while others were performing tai chi or playing poker. However, they all had the same purpose: to educate the masses.

“The organizers of BODY WORLDS believe that when people understand more about how the body works and how it can break down, they are more likely to choose healthy and sustainable lifestyles,” according to the BODY WORLDS website. “Knowledge about what the human body looks like and how it functions is basic life science information that should be available to everyone.”

These ideas were portrayed by showing the fate of victims of obesity, smoking and poor eating habits with smoker’s lungs and similar items. Unpreventable diseases were also put up, such as the spine of a sufferer with scoliosis and the joints of an arthritis patient.

Some of the most eye-catching pieces were that of a pregnant woman and fetuses at the different stages of development. Students gained valuable information about the many factors that affect their health and learned ways to prolong their life.