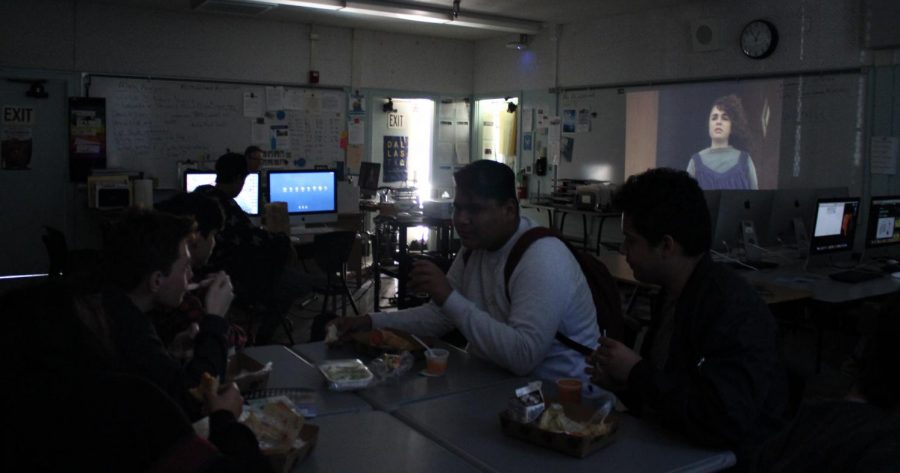 “I thought that a movie club is something that seems so obvious and I thought why not?” junior Jadzevicius said. “People like watching movies so why not watch them during lunch.”

“It helps people understand the classics of movies and have a better understanding of older films,” junior Lopez said.

As the club begins, members find their seats and decide whether to start a new movie or continue the one from the previous week. Five minutes before the end of lunch, members are encouraged to participate in a discussion about the portion of the movie they watched during lunch.  Many popular films such as Stephen King’s “Children of the Corn” are featured during lunch, when anyone is welcome to join in on the motion picture experience.

“We have to spread out the viewing of one movie over a few weeks because we don’t have enough time in one lunch period,” junior Reeves said. “Near the end of lunch, we stop the movie and try to talk about it with everyone in the club.”

Motion Picture Club meets every Thursday during lunch in Room 9 with Mark Middlebrook as the club sponsor. With the main objective of giving members a deeper understanding of various films, the club provides a fun opportunity to learn how to analyze and appreciate movies.

“They have a place to share their ideas, to talk about movies, to see movies they wouldn’t normally see and discuss them,”Middlebrook said. “It helps their knowledge about classics and historical movies and also film techniques.”