No need to ‘Wonder’ anymore 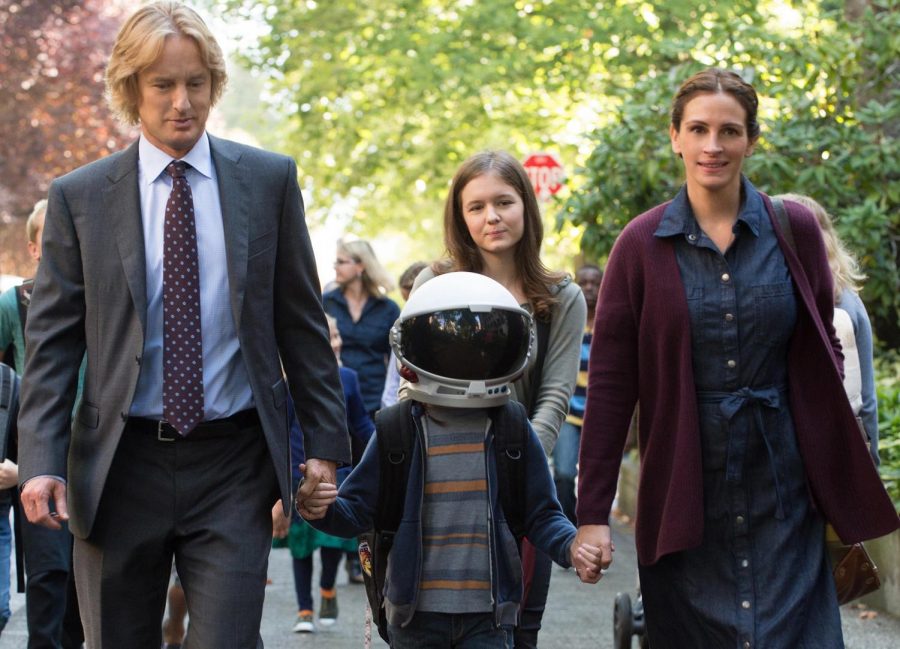 Theaters are soon to be struck with “Wonder,” a story about an unlikely hero and a young boy who may look unusual but isn’t any different than his peers. `

From book to major film adaptation based on R.J. Palacio’s award-winning novel and  New York Times bestseller, Wonder, this novel-based movie tells the story of August Pullman (Jacob Tremblay) who suffers from facial deformities. By the age of ten, Pullman had 27 surgeries in order to help him breathe, see and hear without a hearing aid, none of which have helped make Pullman look like an average young boy.

Although not mentioned in the novel or movie, one of the author’s inspirations for Pullman was Treacher-Collins syndrome. Pullman’s character was inspired and based off a real-life encounter of a little girl who had severe facial deformity.

After being homeschooled all his life up until fifth grade, Pullman attends school for the first time. Despite his facial differences, Pullman is no different than his classmates and he must prove to them that he is just like them.

Appearances aside, Pullman lives a normal life just like any young boy of his age. Pullman lives an isolated life with his mother, Isabel Pullman (Julia Roberts), his father, Nate Pullman (Owen Wilson) and his sister Via Pullman (Izabela Vidovic.) As a first year student at a private school Pullman faces meeting new friends and bullies.

The movie and the actors within have raised red flags and caused controversy within a community of real people who suffer with facial deformities, who feel like they do not exist to the movie industry and that they are used as a costume or make up project. Prior to the shooting of the movie, Tremblay has spoken with many children who face real issues like that of Pullman’s in order for an insight of how to better prepare for his role and a better understanding of the challenges they face.

Directed by Stephen Chbosky and screenplay by Chbosky, Steven Conrad and Jack Thorne this movie will hit theaters in Nov. 17.