‘It’ is only chapter one 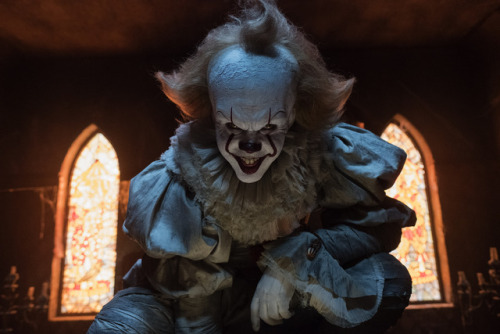 Since his first appearance 27 years ago, Pennywise the dancing clown, makes a sinister return in this year’s “It” directed by Andres Muschiette, based off author Stephen King’s best-selling novel.

The original “It” first debut in 1990 as a television mini-series with actor Tim Curry as Pennywise. While this year Swedish actor Bill Skarsgard plays the role of the demonic clown.

The film opens with Billy (Jaeden Lieberher) folding a paper boat for his younger brother Georgie (Jackson Robert). This leads up to the iconic sewage scene where the young Georgie’s paper boat flows into the sewers and is retrieved by Pennywise. Things get bloody once the clown seduces Georgie into reaching his arm into the sewers to get his boat back. Months later, on the last day of school, audiences meet Billy’s group of friends: Richie (Finn Wolfhard), Stanley (Wyatt Oleff), Eddie (Jack Dylan Grazer), Mike (Chosen Jacobs), Ben (Jeremy Ray Taylor) and Beverly (Sophia Lillis) who refer themselves as “The Loser Club.”

Once summer break starts, Billy gathers his friends to search for his missing brother and other children who have mysteriously disappeared. After embarking on the quest, Pennywise terrorizes each member of the group by transforming into their fears. For example, Georgie repeating the phrase “You’ll float too” while his body decomposes within seconds. The group now must face their fears and kill Pennywise before he returns to his 27 year slumber.

“It” is rated R for its disturbing scenes and hilarious jokes and is a must watch for non-horror and horror fans alike. More is soon to come, after all, it’s only chapter one…