Students greet spring with a show 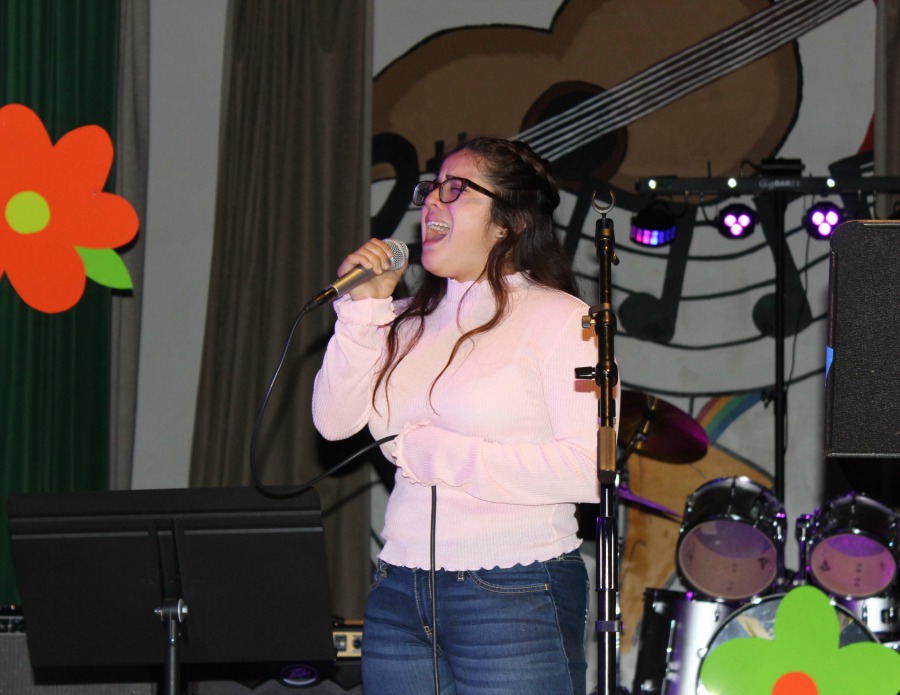 Senior Ana Monterroza performs a heartfelt song she dedicated to her mother at the Spring Concert on May 25.

As senior Ana Monterroza’s melodious voice filled the room, the crowd responded in different ways to her heartfelt performance.

Some of the audience’s eyes filled with tears, others smiled, but all remained silent as she sang “Hurt” by Christina Aguilera an emotional tribute to her parents.

“I dedicated my song to my mom because she works really hard to take care of me and does the best she can and it was a way of showing her I’m sorry and that I appreciate her,” senior Ana Monterroza said.

In addition to Monterroza’s solo, there were many other memorable performances that evening. Sophomore Taylor Devlugt performed an original song entitled “Haunting Me” while playing the piano. During her captivating solo, the audience was encouraged to join her in singing the chorus.

“I felt awesome playing the piano for the first time in front of a lot of people and just performing my song, it was just absolutely amazing, and I felt really great about it,” Devlugt said.

“I am really sad that this is our last performance,” Mallari said, “I am going to miss all the rehearsals, setting up the stage, taking down and all the fun memories we had while doing it.”

Music teacher Wes Hambright also joined Mallory Centeno on the piano in her soulful rendition of “The Climb” by Miley Cyrus.

“One of the best parts for me was being able to play with some of the musicians I’ve been working with for the last couple of years, that’s truly a joy for me,” Hambright said.

The concert was brought to an uplifting conclusion with confetti and silly strings and the performers expressing their gratitude for those who came out and made the show possible.

“The Spring Concert went great,” Hambright said, “I’m proud of everyone who was involved and helped out with everything from decorations to planning to the musicians, it all came together so well.”

Click on this link for PPN’s video of the entire concert.