Restorative justice to be implemented in classrooms 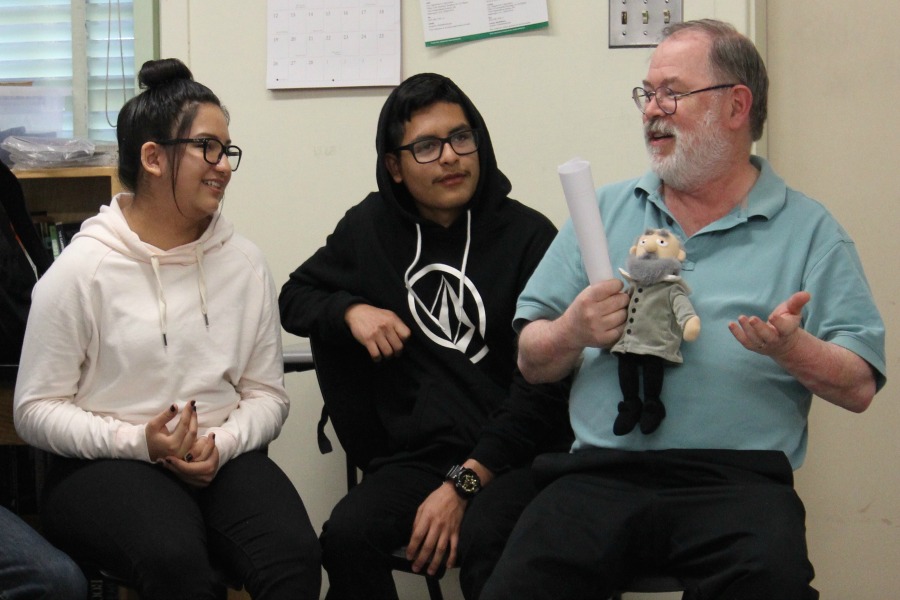 In May, science teacher Stephen Schaffter leads students in his honors physics class in a community-building circle as part of the restorative justice.

A restorative justice program is being implemented next fall at Daniel Pearl Magnet High School to establish greater communication and lighter disciplinary measures for students.

According to the Centre of Justice and Reconciliation, the restorative justice program is a system of criminal justice that focuses on the rehabilitation of offenders through reconciliation with victims and the community at large. At DPMHS, students are expected to do the following: come together with others, compromise with each others’ conflicts, rebuild damaged relationships and unite. The restorative justice program will be implemented this fall.

“I think that it’s always a good idea understanding how students make mistakes in their behavior,” Principal Deb Smith said. “It is important to see what they did wrong and how to fix it.”

The restorative justice program was first introduced to five staff members of DPMHS during the fall of 2016.

“The program was an interesting, stimulating and refreshing to take on,” science teacher Stephen Schaffter said. “It looked like something I wanted to do.”

The program consists of students sitting around the classroom in a circle formation. Afterwards a topic is presented toward the student and they have the option to speak out or not.

“It was weird because I wasn’t used to this sort of activity,” sophomore Garrett Francisco said. “I don’t think anyone wanted to share their opinions. Everyone kept passing their turn to speak. Maybe if the program happens more consistently, people would be a lot more comfortable.”

“I think it is an appropriate alternative to suspension but there are some actions that require suspension,” Smith said.

“It’s going to be unusual at first, but I think that everyone will get the gist of things as the year goes by,” Francisco said.