6 things we loved at the Festival of Books 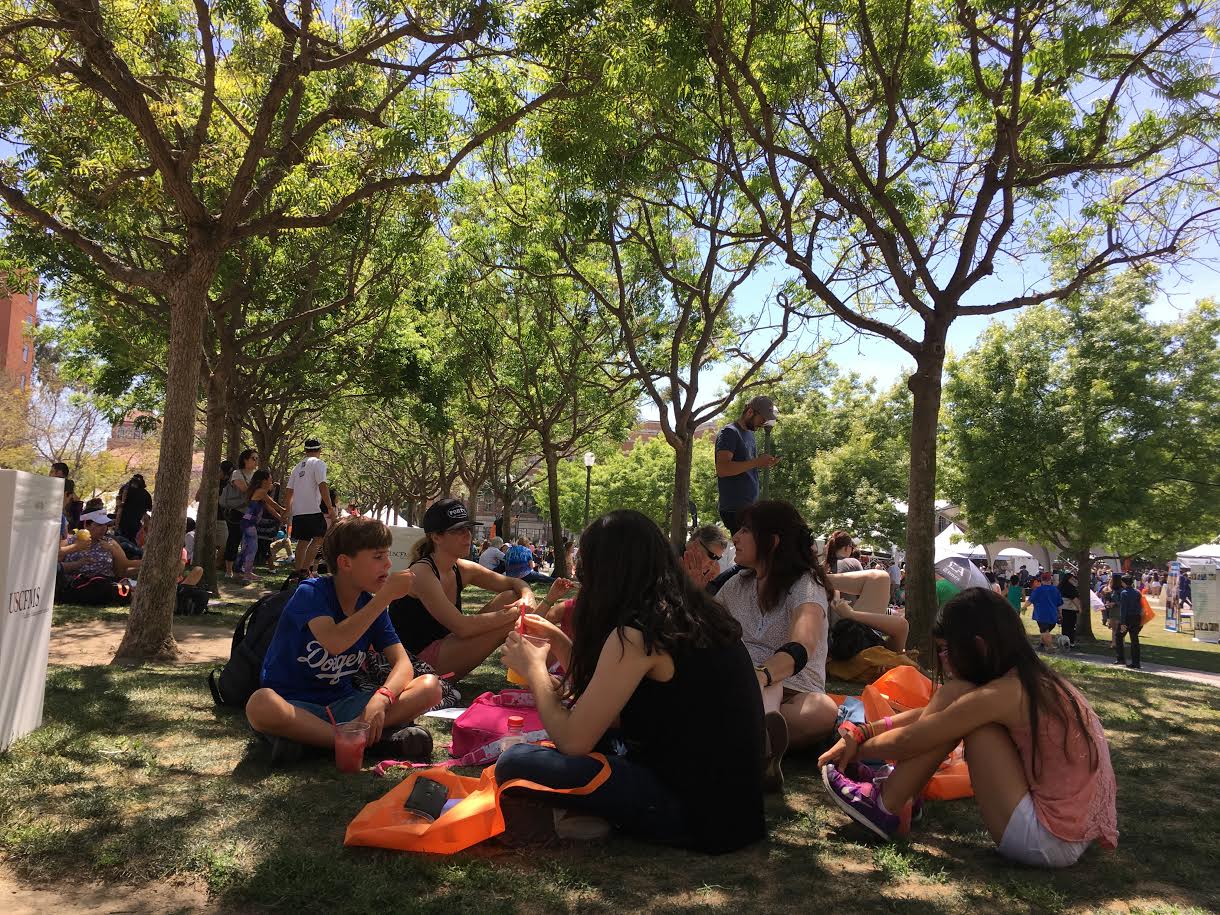 Families enjoy the Festival of Books together.

Hosted by the Los Angeles Times, the Festival of Books is an event that ran on April 22 and 23 at the USC campus and hosted a multitude of authors and books. Since 1996, the event has brought authors and readers together.

Hundreds of speakers and authors came to the event and spoke to people who purchased tickets for the Conversations, a short talk about their book and/or a topic that is important to many people. The festival featured people such as Kareem Abdul-Jabbar and Chuck Palahniuk, the author of the hit novel “Fight Club.”
Along with book signings, people got the chance to talk to authors and ask questions about writing novels and getting their work known by others.
All throughout the event, books were being sold at extremely cheap prices, some only $5. The types of books included novels, science fiction, religious texts, LGBT-related material, foreign books, rare collections and countless more. Many different cultures and religions were also represented, such as the Hispanic, Armenian, Islamic, Christian and Buddhist lifestyles.
The festival has expanded over the years to include poets, chefs, live music and shows that feature young children that come to visit the festival.
The event offered food trucks ranging from hot dogs at The Greasy Wiener to Mexican food at the Oaxaca on Wheels.
The best part about this whole festival? It’s all free! The event is open to people of all ages and lets anybody join in on the fun, free of cost.