‘Fate of the Furious’ zooms into theaters 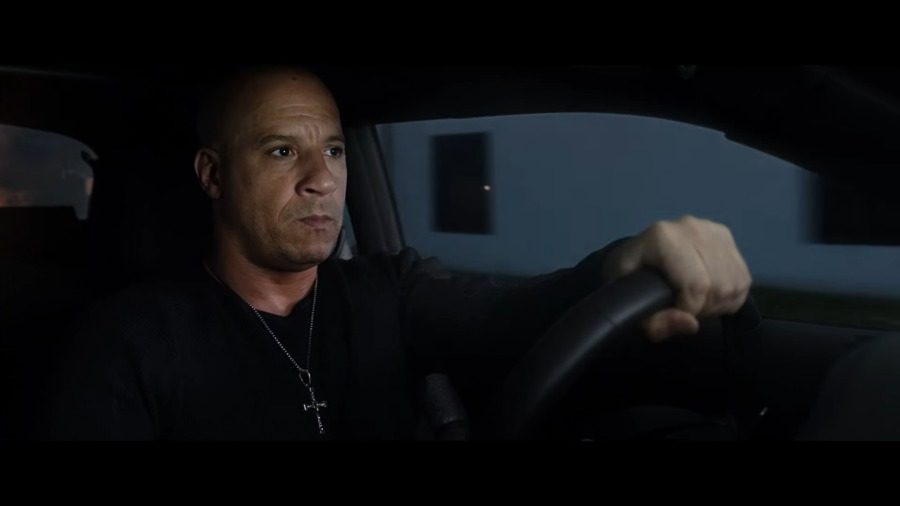 Screenshot from YouTube Dom (Vin Diesel) embarks on a new journey without his usual crew in “Fate of the Furious,” which drives into theaters on April 14.

Start your engines as the eighth installment of the original “Fast and Furious” franchise races into theaters on April 14.

All seems normal in the close relationships of friends Dom (Vin Diesel), Letty (Michelle Rodriguez), Roman (Tyrese Gibson), Tej (Ludacris) and Luke (Dwayne Johnson). However, everything changes with the appearance of a strange woman who turns Dom into a criminal and causes him to betray his family and friends.

Dom’s friends are willing to do almost anything to bring him back to the person they all know and love, even teaming up with one of their biggest enemies, Ian Shaw (Jason Stratham) who first appeared in the end of “Fast and Furious 6”.

Trailers have shown dramatic action sequences, such as when driving on ice during a mission, a huge submarine surfaces from the water. Bonds will be broken as the team must capture Dom, who is now a wanted man.

Walker and his friend Roger Rodas were both attending a car show charity when they drove off in a 2005 Porsche Carrera GT and fatally crashed, killing them both. CGI was used to incorporate Walker into the scenes of “Furious 7” he was unable to finish before his unfortunate death.

“Fate of the Furious” will include new action-packed scenes and new fancy cars for all fans to enjoy.