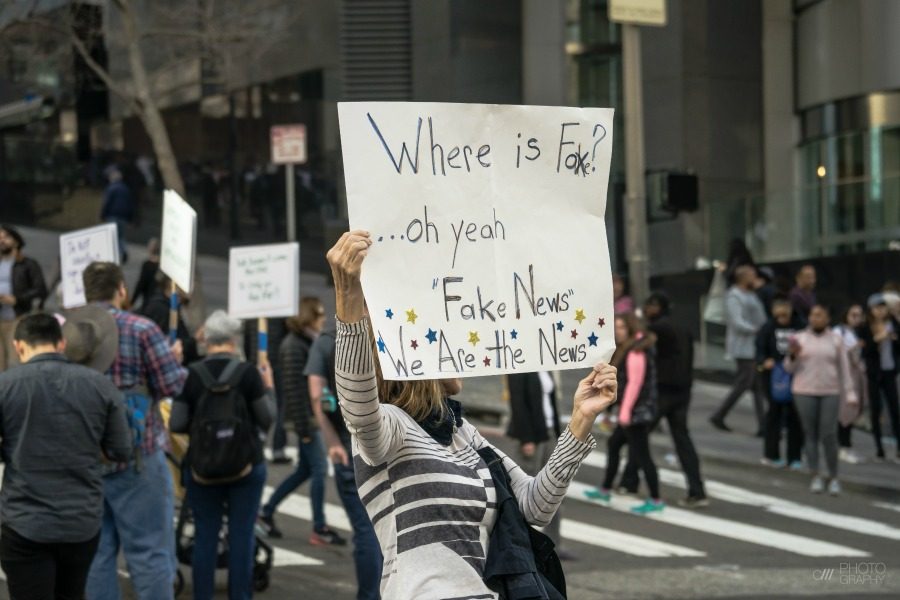 Photo by wikimedia.org Fake news has begun to ruin the respectful name of journalism and cause there to be doubt about its credibility.

Fake news and their outlets continue to defame the credibility and respect that lies in the journalistic world.

Many people are easily fooled by the stories that are put out there to deliberately mislead any audience. These “articles” release incorrect and absurd information into the public. Even though these stories are completely far fetched and make no sense, people believe these stories and don’t bother to fact check their “source.”

With the sudden increase of fake news being leaked into the public sphere, the credibility of news sources and journalists has been doubted and even insulted. Misinformed news consumers point fingers and accuse reliable sources such as CNN and The New York Times to be a part of these fake news outlets.

It is concerning and very hard to believe that this new form of propaganda went as far as to presumingly having an impact on the 2016 presidential elections. Although fake news didn’t directly determine the president of the United States, these hoaxes did have an influence on voters who were indecisive about which candidate to vote for. Some voters who had not made up their minds on who to vote for and were still unsure on the values of the candidates, actually believed the hoaxes and were influenced by them.

As the editorial staff, fake news affects our publication as people are often misled into thinking that any publication is capable of publishing fake news. It is also offensive to us and those wish to practice the art of journalism. It is a respectable profession that has earned the respect that it is most often given and fake news outlets cheat their way to the public, stepping on the prestige of the profession.

When reading a story that seems too far fetched and odd, fact and source check the article to ensure its credibility. It is up to the consumer to make sure they are receiving the correct information from real journalists and publications.