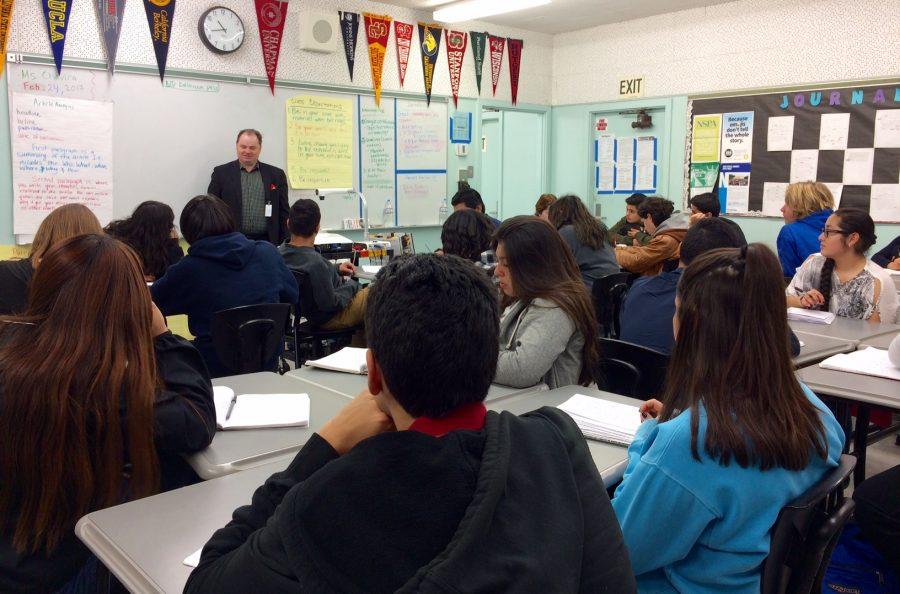 Richard Winston talks to Adrianna Chavira's journalism one class about the grueling tasks journalist face on the job.

Journalism is more than just taking notes and conducting interviews, it requires risking your life to find out the truth and Richard Winton is still alive to tell his tales.

“Being quick and right is the most important thing,” Richard Winton said.

Winton took off his journalism career in Wisconsin, but started his aspirations in England. He came to Los Angeles and thrived from there on.

Most of the time Winton likes to cover crime, murder, or terrorism stories. While on the job he’s gotten involved in a shooting and, what he says, is the most terrifying moment of his life.

“Only people that don’t run from the scene are cops, paramedics, firemen, and journalists. They run towards the danger,” Winton stated.