Students participate in a protest against new President Donald Trump 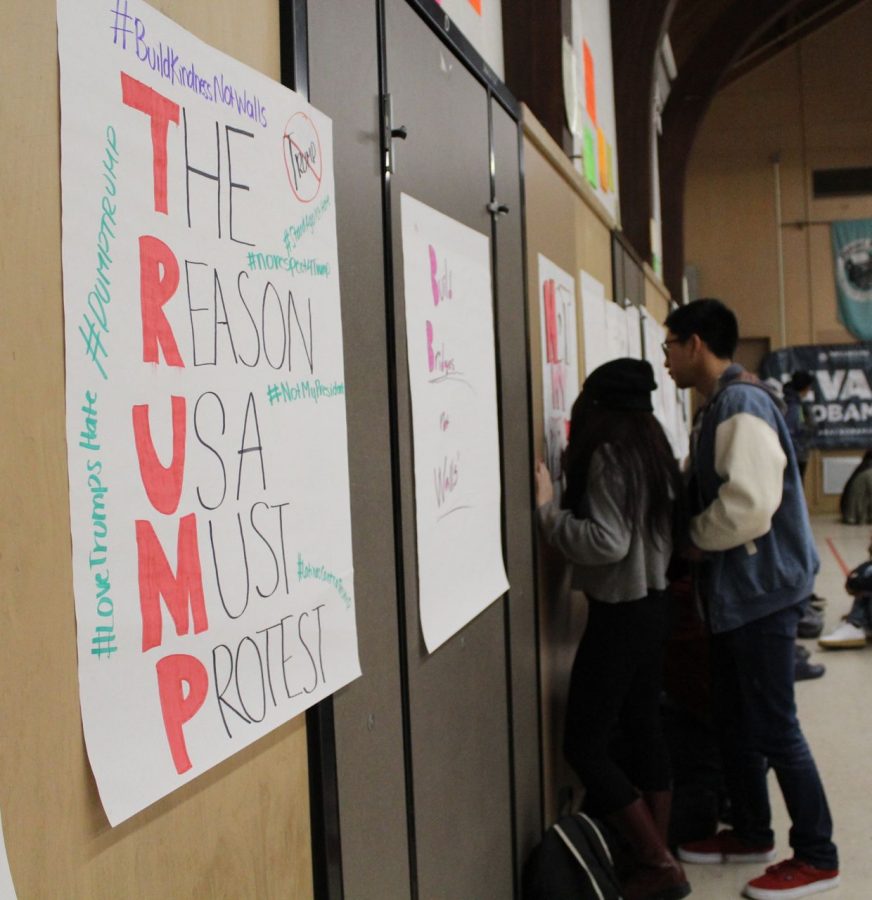 Seniors Jonas Acebes and Vivian Rodriquez participate in the sit in by making anti-Trump posters. Those who participated all made posters as well.

Students nervously grabbed their belongings and headed for the main hallway after hearing Breakfast In The Classroom (BIC) bell, knowing it signalled the start of the student protest against the inauguration of Donald Trump.

As the gathering crowd grew in the hallway, students were relocated to the library and later the Multi Purpose Room (MPR).

Principal Deb Smith reassured students that their First Amendment right to protest was being heard.

“I’m scared to have him as president,” junior Kamryne Blake said. “He’s already been elected. He’s going to be president whether we like it or not but that doesn’t mean that we still can’t have a voice in telling him ‘we do not like you and that it’s still important to us.’”

Once in the MPR the a faculty member provided students with poster paper and markers to express their ideas and opinions about the inauguration. Students from every grade level participated in chants and peaceful songs while creating their posters.

“I don’t want Donald Trump to be president because I simply believe he’s not a good person,” sophomore Emely Felix. “He’s misogynistic. He’s racist and he’s sexist. I can’t believe our country is allowing him to be president.”

The protest ended at the end of second period.