“‘Star Wars’ will never be the same without our Princess’

An appreciation of actress and novelist Carrie Fisher, who died this morning, at the age of 60. 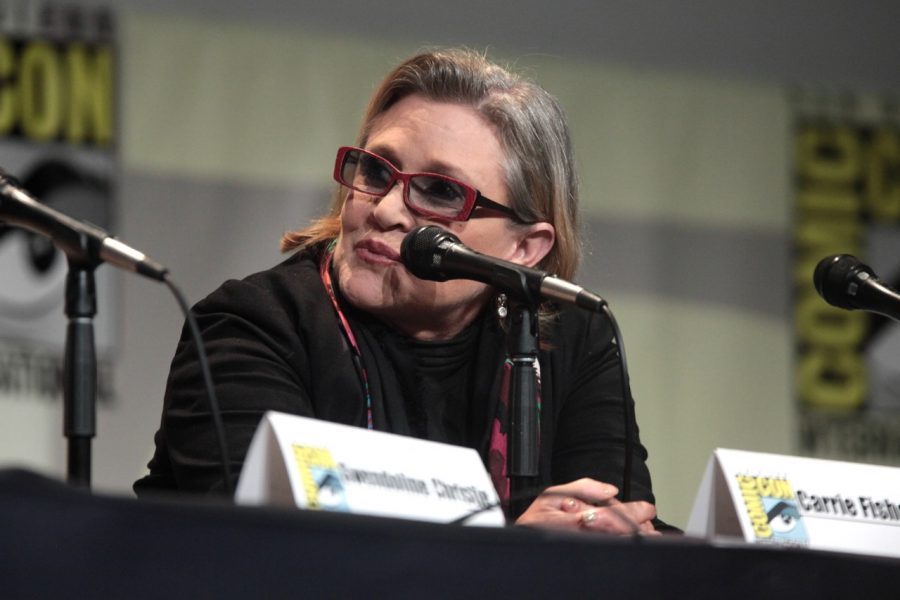 Carrie Fisher at the 2015 Comi-Con. Fisher, died Dec. 27 at the age of 60, after suffering a heart attack a few days before.

Dec. 27 will forever be known as the day that we lost our dear Princess, Carrie Fisher.

I received a notification on my phone. It said “‘Star Wars’ actress Carrie Fisher dies, aged 60.”

On Dec. 23, Fisher suffered a cardiac episode on a flight from London to LAX and was in critical condition. Hours after she was taken to the hospital, it was announced she was in stable condition and would be okay.

Fisher was born on Oct. 21, 1956, in Los Angeles. Her father was singer Eddie Fisher and her mother was actress Debbie Reynolds. In 1975, Fisher made her first appearance in “Shampoo,” starring Warren Beatty, Julie Christie and Goldie Hawn.

Two years later, she made her first breakthrough by landing her most famous role as Princess Leia in “Star Wars.” Her role as the brave and strong-willed princess made her a pop culture icon. She reprised the role of Princess Leia in the sequels of the original “Star Wars” films, “The Empire Strikes Back” and “Return of the Jedi.” Fisher was not just an actress but also a novelist. Her work included: “Wishful Drinking,” “The Best Awful There Is” and “Surrender the Pink.”

Fisher had a long history of drug abuse in the 1970’s and 1980’s. She used that experience to write the comic novel “Postcards From the Edge,” which later became a movie. In the 1990’s, Fisher opened up about her diagnosis with bipolar disorder and her experience with depression.

I am a huge “Star Wars” fan and Princess Leia is one of my favorite characters. She was brave and would do anything to make sure anyone she cared about was safe. To know that Fisher is gone, truly brings me down. “Star Wars” will never be the same without our Princess.

“Carrie was a one-of-a-kind…brilliant, original, funny and emotionally fearless. She lived her life bravely,” co-star Harrison Ford, who played Han Solo told E! News. “My thoughts are with her daughter Billie Lourd, her mother Debbie Reynolds, her brother Todd Fisher and her many friends. We will all miss her.”

The force will be with her, always. Her legacy will continue from here to somewhere in a galaxy far, far away.