Girls soccer kicks the season off with a victory 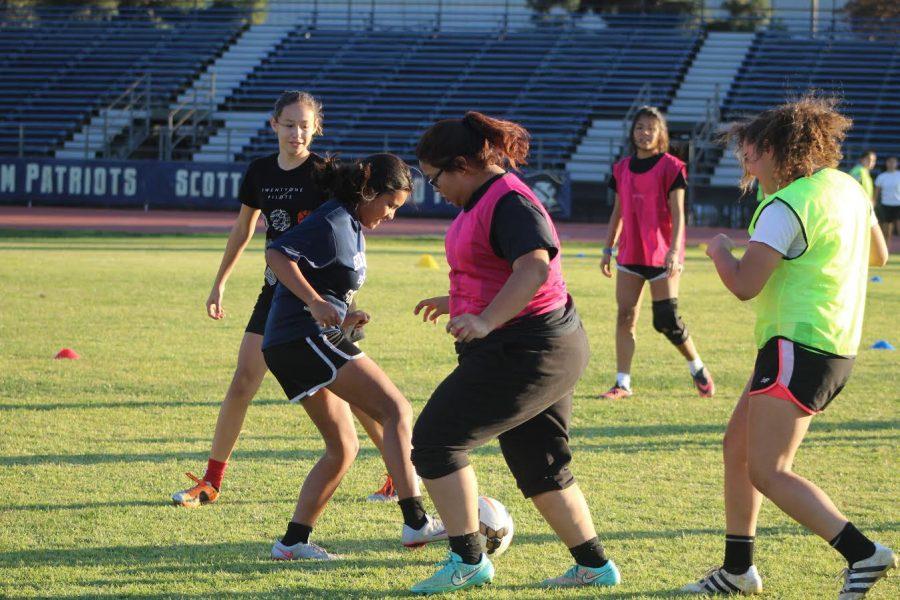 With the girls soccer season coming up with a game against San Fernando on Dec. 5, many players are working their best to prepare themselves.

“I’m hoping that this season will be a great one,” said varsity player Rosalinda Nava.

“I’m very excited to contribute to this team. I hope to make somewhat of an impact,” said Nava. “It’ll be exciting to see how the team cooperates.”

The soccer team had a record of six wins, eleven losses, and one tie in the 2015-2016 season. The team is striving to improve upon their previous record by doing various drills during practice.

“Practice is daily, unless we have a game,” said varsity player Evelyn De Dios. “We do passing, shooting and dribbling drills.”

De Dios plans to take her leadership and show new team members  how to go on with their play.

“I hope to serve as some kind of role model,”  De Dios said. “I want to show new members how the team is supposed to act and respond to different situations on court and off the court.”

Varsity’s next game will be a preseason game on Dec. 9 against Kennedy High School at 2:30 pm. It will be on the BCCHS soccer field.