Netflix shows to watch during an all-nighter 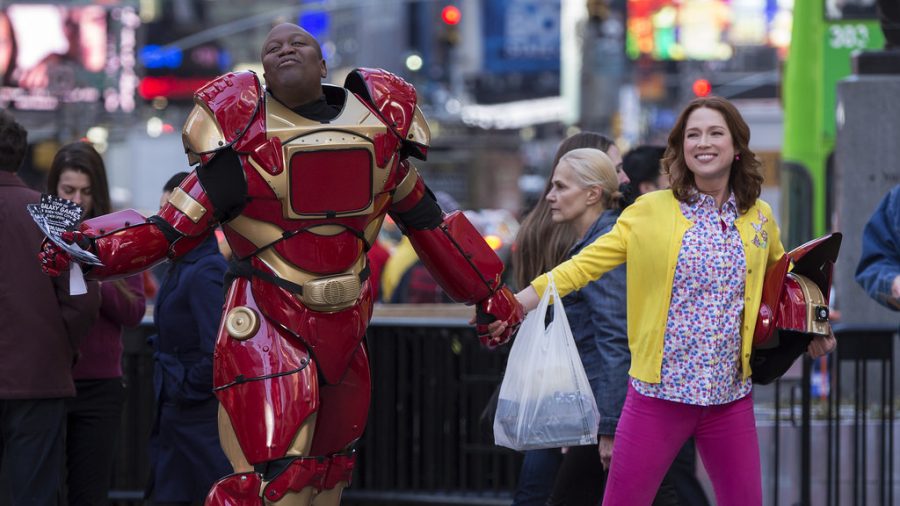 Orange is the New Black: This show is a Netflix classic for good reason. Not only is every episode packed full of original story lines, they each end with a cliffhanger followed by the trademarked fade to orange. The sheer popularity of this show makes it a must watch, giving fame to stars such as Laverne Cox and Ruby Rose. While the seasons vary in quality, they each bring something completely unique to the prison and characters that draws the viewer back again and again. Season four is being released on June 27, 2016.

Black Mirror: This British anthology series is as unique as it is terrifying as it is beautiful. To summarize, this show is unlike anything you have ever seen before and impossible to stop watching. While this show can be hit and miss, depending on the episode, you will be constantly glued to the screen. This is easily the most interesting show on Netflix and with only seven total episodes available, it will leave you desperate for more.

Cupcake Wars: This show will suck you in like a quicksand. One minute you are looking for a way to kill an hour, the next, it is 3:00 am and sleep is a distant memory. The moment you think you can watch one episode and go straight to bed is the moment you have fallen victim. The premise of this show is simple, groups of bakers compete to make the best cupcake. If you think that this would get old quickly, you are dead wrong. Cupcake Wars extends beyond the cooking genre and is unstoppable. There are currently 25 episodes available as a collection

Unbreakable Kimmy Schmidt: It is said that perfect shows do not exist, if so this is as close as it gets. Each episode will have you wondering how they are able to fit that many jokes in so little time. This show is addictive for the simple quality of each episode. This show is about Kimmy Schmidt (Ellie Kemper), a personification of positivity, who decides to move to New York City after being released from a bunker after joining a cult. This Tina Fey creation delivers nonstop laughs and emits happy thoughts through the screen. Season two was recently released and there is already conformation for a third season.

Arrested Development: This lighthearted comedy is great for its ability to be a twenty minute distraction or an eight hour marathon. With one of the most dysfunctional families ever seen on TV, Arrested Development showcases its unmatched roster of comedic talent. This show is indescribable because of its nonlinear timeline and constantly crossing storylines. However, this is exactly what makes this show unique and incredible. There are currently four seasons available.

Master of None: You will never laugh harder at complex philosophical themes than you will with Master of None. No one other than Aziz Ansari could pull of this balance of humor and existential questions. This show may be more of a miniseries as there is only one season available and Netflix is yet to confirm a renewal for season two. Regardless, this genuine analysis of snake person, is brilliant. This show will make you laugh and cry and feel around everything in between. This show raises the bar for both comedy and drama.

Making a Murderer: It is hard to say much about this crime docu-series without revealing a major plot twist. That just goes to show the amount of twists and turns that are scattered throughout this show. There is no show on this list that leaves you hungrier for one more episode than Making a Murderer because it goes beyond the show and delivers an in depth look at the American justice system. The events are so unbelievable that as the show progresses, the truth gets harder to swallow. This show is a miniseries as only one season is available.

Breaking Bad: This is it. The best of the best. The Holy Grail of TV. Breaking Bad is without question the best television show of all time. It is bingable solely for the reason that if you have not seen it in its entirety you are missing all its references that are laced into pop culture. This show has no comparison because no show has ever matched it performances, writing, or story. Every episode has you wishing that it would never end. All five seasons are currently available.