(Almost) all the colors of the rainbow 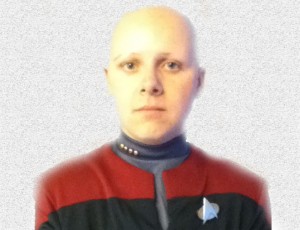 Ever since the iPhone 4S came out, iPod owners, including myself, have been wondering one thing: When are we getting Siri?

The answer, my friends, is now. Or to be more precise, whenever you have $300 for the (relative term) cheap 32 gig version. For those of you who consume data like a bear consumes food before hibernation, there is a 64 gig version for $400.

But Siri is not the only thing that we’re getting in the new iPod. It comes with a boatload of new hardware and software. First, let’s look at the software.

The new iPod touch comes with iOS 6, the latest version of the mobile iOS. The desktop based versions are named after cats, but that’s a different story. Know that iOS 6 deletes Google Maps and YouTube and you have to install the respective apps. This is due to a dispute between Google and Apple.

As I’ve explained, the new iPod comes with Siri. Note that Siri only works when you have internet access. We also get what we’ve been eyeing since September and the iPhone 5: Panorama camera.

I cannot tell you how many times I’ve found a good shot and opened Camera only to find that I had to step back five feet to get the whole shot, reducing the picture to blurred blocks or patches. Panorama fixes that.

Finally, we get the possibly useful Passbook. It is an Apple supplied app that can hold gift card and flight pass codes and such.

The hardware is where things really get fun, not to mention science-y! For this new generation, Apple is making the iPod cases out of the same anodized aluminum as their laptops.

The case is machined out of a single piece of aluminum. And yes, the new iPods, as you might have heard, come in color. I personally prefer the baby blue option. But this is Apple, you can’t expect some dull, painted on colors. And you’re right on both counts. The colors are neither dull nor painted on.

Count number one, dullness, is easy to explain. The new iPod comes in black, grey, blue, yellow and salmon. Also, if you’re feeling generous, you can buy a (PRODUCT)RED iPod, a portion of whose sales go to the Global Fund to fight AIDS in Africa.  Even the black and grey have some shine to them and that brings us to count number two: application of color.

As I said earlier, the colors are not painted on and the iPod is made of anodized aluminum. I know what you just thought, “Those two things have nothing to do with each other.” But they do.

Anodizing the aluminum essentially corrodes it, which, counter-intuitively, makes it slightly tougher. Apple then adds 43% of the colors of the rainbow through tiny holes in the aluminum. They then seal the pores with heat, locking the rainbow in.

We also get a larger screen (complete with Retina display) as well as a loop to hold on to our iPod with. I know you’ve all dropped iPods, don’t deny it. But wait, there’s more!

Buyers of this fine device will receive the new iSight five megapixel camera absolutely free! Yep, five whole megapixels. To put this in perspective, a run-of-the-mill digital camera has only 1.3 megapixels. It also comes with flash. Not Adobe Flash (if only we were so lucky), but an LED flash, which is still pretty good.

Because Apple loves the “closed system” (creating everything from software to hardware), they have created even more specialized things.

The EarPods are actually good since they supposedly fit into your ear. The Apple site says “the design of the EarPods is based on the geometry of the ear.” I didn’t know the ear had geometry, but okay.

Finally, they had to make a new charger. It’s called Lightning and is incredibly small. And get this: It’s reversible, which means that it’s impossible to put it in the wrong way (a crime I know we’re all guilty of doing).

Unfortunately, it only works on the new iPod touch, iPod nano and iPhone 5. But don’t worry, there’s a $30 adapter for that.

There is also a new iPod nano, which has a larger screen than its predecessor and comes with Lightning, EarPods and a Home Button, a first for the nano.

It is the smallest nano yet and may explain why Apple switched to Lightning: The old charger is actually thicker than the new nano. You can’t charge what doesn’t fit. And, cue fake dramaticism: It has circular app buttons!

And if you were keeping track, both iPods display a total of 71% of the rainbow (no orange or indigo).